Rush Limbaugh may be exactly right here.[1] He believes that Trump is trolling Dems and the media… that he wants to drive them literally insane. I’m quite sure that point is true. The firing of FBI Director James Comey has highlighted a couple of things with the left. First, they are hypocrites. They spent weeks ginning up hatred of Comey for Clinton’s claim that he cost them the election. Then, a la Colbert, they did a 180 flip and are offended and shocked because President Trump fired Comey for his handling of the Clinton email investigation, among other things. Second, it shows how unhinged these freaks are and how desperate their actions are becoming.

The Democrats are never ever going to let go of the fact that they think they were cheated out of Hillary Clinton being president. They weren’t, but they are going to insist it is true until hell freezes over. Comey violated protocol repeatedly. He announced and said many things he shouldn’t have… but he would never come right out and state publicly that he felt there was no collusion between Trump and the Russians. Interesting. 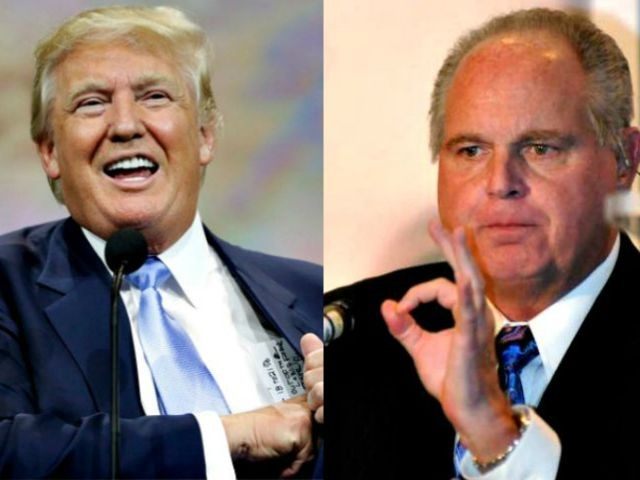 Rush Limbaugh kicked off his Wednesday radio show[3] by gleefully proclaiming that President Donald Trump trolled Democrats with his Tuesday firing of James Comey as well as his Wednesday meeting with Russian foreign minister, Sergey Lavrov.

Limbaugh admitted that he’d been “laughing all morning long” over Trump’s latest headlines, and that “the Democrat Party is going bananas — completely, totally unhinged — on the road to literal insanity.”

Calling Hillary Clinton the most “cheated-on woman in America,” Limbaugh noted that Clinton was “once again” thrown overboard by the Democratic party.

“The Democrats are rolling that bus backwards and forwards,” Limbaugh said. “She’s finished! She’s over with.”

Limbaugh continued and said that the Democratic party completely flip-flopped on Clinton, and it couldn’t have been more obvious over the last few days due to the firing of Comey.

“Two days ago, [the Democrats] were all talking about how Comey needs to be fired because of how he was mistreating Hillary, and the Hillary people were running around claiming that Comey’s a bad guy,” Limbaugh said. “And now Comey gets fired, and all of a sudden they do a 180!”

Frankly, neither have I. It’s absolutely deranged and it’s tearing our political system and country apart. Limbaugh wasn’t finished either:

“Trump has totally embarrassed every one of these people inside the Washington Beltway, and he’s taunting them, meeting with the Soviet Russian ambassador today, after the Democrats are convinced the Russians stole the election!” Limbaugh exclaimed.

There is absolutely no evidence out there that Trump colluded with the Russians. Yet, the left is demanding a special prosecutor. For what? Hurt feelings? Suspicions? It’s like the political version of the Inquisition and the Salem Witch Trials. I hope Trump is laughing at the left. Unfortunately, America is sick of this and doesn’t find it funny in the least.