London Mayor GRILLED On LIVE TV – “Where Are The 400 Jihadis Let Back Into Country?” [VIDEO]

Officials in the United Kingdom are coming under fire after it came to light that authorities were given tips about the terrorists behind the attacks in both Manchester and London. Yet the terrorists were able to carry out their plans, seemingly without any interference from police or anti-terrorism officials. For the mayor of London, Sadiq Khan, it’s made for some rough interviews[1]. 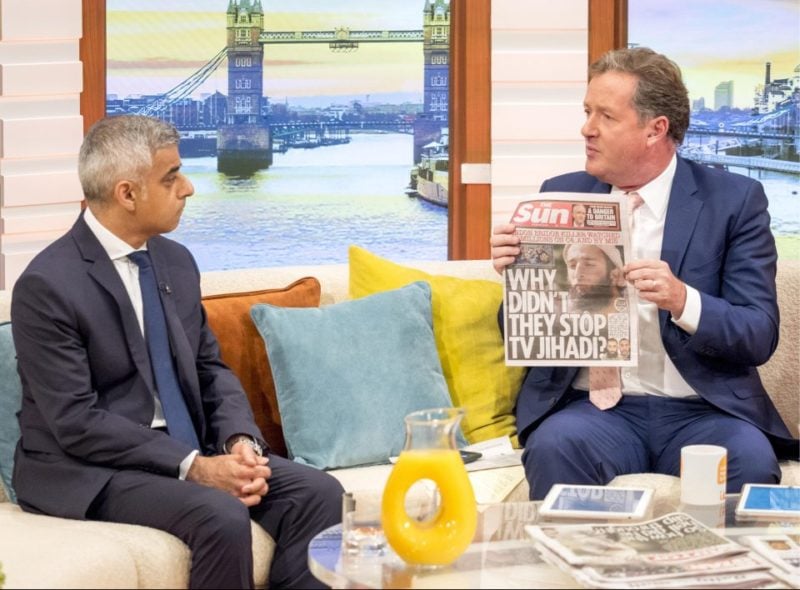 Khan appeared on “Good Morning Britain” with Piers Morgan and Susanna Reid Tuesday, and Morgan was unrelenting. He questioned Khan about the London police department’s “priorities” after the attack. Khan admitted that “just over half” of the 400 Britons who traveled to the Middle East to train with terrorist groups have since returned to the country. “How are we letting them back in the U.K.?” Reid asked incredulously. “[They] actually fought… potentially against our troops.”

“Where are they?” Morgan asked, wanting to know why police can’t be directed to follow everyone “who has come back from a warzone.” Khan answered that his department can’t follow 400 people and that they have to prioritize. “What could be a bigger priority than people coming back from a Syrian battlefield with intent to harm British citizens?” Morgan demanded.

Shockingly, the interview also included a defense of Donald Trump from Morgan, who has criticized Trump in the past. “Donald Trump’s whole position on this has been that we are all at risk from Islamist extremists who want to kill us. And he has come up with endless ways he is suggesting of trying to stop this,” Morgan said. “You may not agree with him, but that is where he is coming from. After what has been happening in London and Manchester, has Trump not got a point? Is he not allowed as President of the United States to say ‘Wake up everybody! We are in a war here!’?”

“I think you are being very generous to Donald Trump,” Khan responded.

Do you think Khan is doing enough to stop terrorism in London?