Mark Levin Just Made This COLOSSAL Announcement – Liberal’s Heads Are About To Spin!

Woo hoo![1] And yes… I did subscribe for a year. I would pay the amount even if I never watched it… that’s how much I love and admire Mark Levin. He’s been a voice of constitutional reason for many years. The Great One is launching LevinTV on March 7th. “Having just signed a contract extension to continue his nationwide radio broadcast to millions of listeners for another nine years, the six-time New York Times best-selling author is further expanding his media network, to reach an even larger audience through a dynamic, cutting edge, digital based television platform.” Just awesome. I can’t wait. 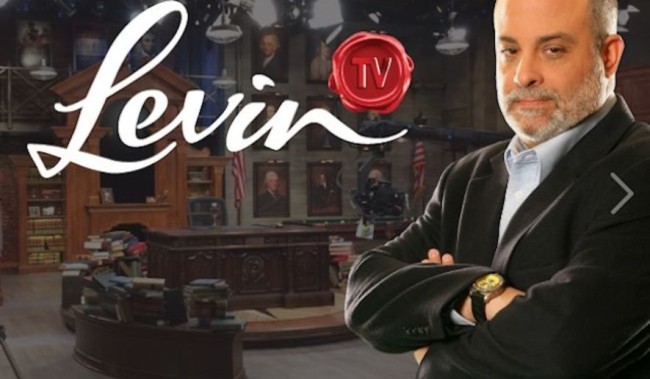 If you’re a fan of Mark Levin, then following “The Great One[3]” just got even greater.

On Thursday, the radio host and conservative icon announced he would start his own subscription-based television service starting on March 7.

“CRTV is announcing the launch of LevinTV, hosted by one of the nation’s most compelling, passionate and thoughtful conservative voices, Mark Levin,” a press release from CRTV, one of Levin’s partners in the venture, read.

“I have the greatest audience in the world and I give them my best every night,” Levin said in a statement. “I am thrilled we are expanding our Town Hall meeting place for patriots, by taking TV broadcasting to a new level on multiple platforms where I will speak directly to my audience — uncensored, without middlemen, and commercial free.” Levin added, “I make no excuses for my patriotism, I am proud of it, and LevinTV will reflect it. It’s about time there is a place on television where people can go and have their principles, beliefs, and values reinforced rather than attacked.” It’s about time that true conservatives had a place to turn to on TV like this. Levin, known as the “The Great One,” is also the Editor-in-Chief of Conservative Review. In the 1980s, Levin was Chief of Staff for Ed Meese, President Ronald Reagan’s Attorney General. His inaugural episode, along with hours of preview material, can be accessed on any digital or mobile device. Levin’s loyal audience and new fans alike can subscribe for an entire year for $59 (just $4.92 a month) saving $10 off the regular price of $69 a year by subscribing on or before March 7. Monthly subscription fees are $7.99. By keeping subscription prices low, LevinTV will be accessible to a large and growing audience. I will be tuning in on a regular basis. This is fantastic news! 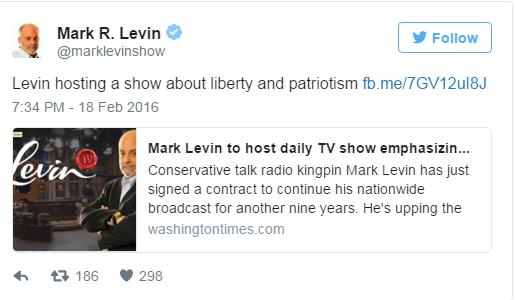