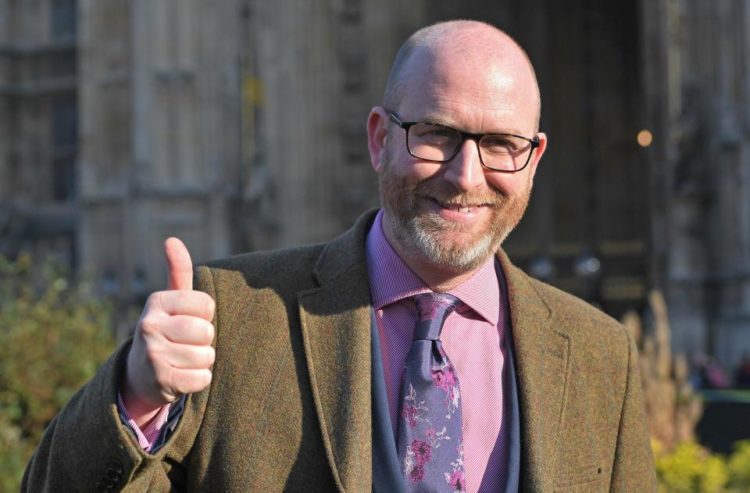 British media can be just as bad as American media for their treatment of conservatives. In this case, the UK Independence Party (UKIP), who are anti-immigration, anti-EU and pro-English values, found themselves being attacked unfairly by their country’s media directly after the terror attack at the Ariana Grande concert in Manchester.

UKIP’s most recent manifesto covering their policy positions over 64 pages was due to be released on Tuesday in the lead up to a General Election, but they decided to postpone the launch out of respect for the victims of the attack. Despite this, the left wing British media has still found a way to attack them, especially after Paul Nuttal said this[2]:

I believe that anyone who leaves this country to fight for Islamic State should forfeit their passport, their citizenship, and never be allowed to return.

Breitbart reported[3] on the major offenders:

At Channel 4, host Michael Crick asked “…wasn’t that blatantly exploiting Manchester for election and party purposes?” and the crowd of UKIP supporters he was reporting on shouted “Rubbish!” and “[You, the media are] exploiting it!”

At ITV, Libby Weiner said “You say you’re not exploiting Manchester but you say also that lighting candles isn’t enough. Isn’t that an insult to all the people who have come out in Manchester to show their respects?”

Over at LBC, Theo Usherwood said: “Paul, you had a choice yesterday afternoon when [the] minute’s silence was announced. You could have put back this manifesto launch to 12 o’clock… instead in 10 minutes time the nations is going to stop to remember the victims. Surely you’re exploiting what happened in Manchester.”

None of these went over well with UKIP supporters. You can watch them in this video heckling reporters who turned the blame on them.

Reporters were heckled at @UKIP[4]'s manifesto launch when they quizzed @paulnuttallukip over his comments about the Manchester terror attack. pic.twitter.com/TGcSqhpqHu[5]