Sharyl Attkisson is a genuine reporter, not a media lapdog for the Obama Administration. She is truly a heroine for our times and I admire her courage and reporting greatly. That her colleagues would shun and ignore her in such a blatant fashion is unprofessional in the extreme and shows that they are nothing more than political sycophant hacks who only give a crap about bloody, dirty laundry[1]. 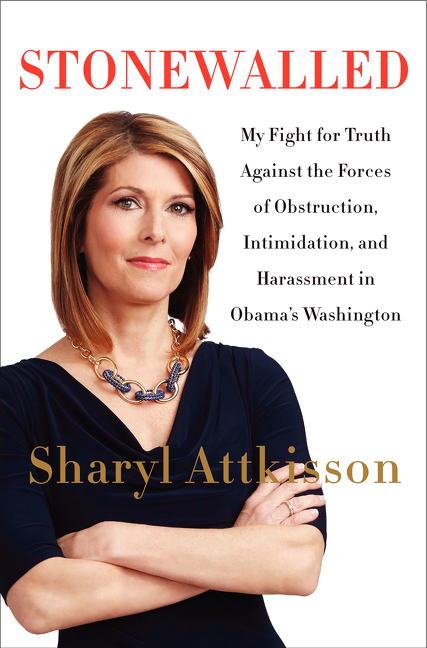 Days after celebrating the life of recently deceased former Washington Post Executive Editor Ben Bradlee, hailed as a hero for standing up to and exposing the Nixon administration over Watergate and other abuses of power that led to the resignation of President Richard M. Nixon, the news media is ignoring a charge by one of their own that the Obama administration planted classified documents in her computer.

The New York Post reported Monday morning [3]on the explosive allegations of government abuse in the soon-to-be-released book by former CBS News reporter Sharyl Attkisson, Stonewalled: My Fight for Truth Against the Forces of Obstruction, Intimidation, and Harassment in Obama’s Washington.

A search on Twitter covering three hours ( approximately 10 a.m. to 1 p.m EDT) using the search term “Sharyl Attkisson” revealed no comments by her fellow reporters, only a tweet from the liberal activist news site Talking Points Memo [4]about their article on Attkisson’s charge.

A Google News search turned up no articles by the media about Attkisson’s charge as of this writing.

A similar search of Google turned up nothing by the media, just conservative outlets.

Attkinson will have the last laugh as the political landscape shifts dramatically over the next few years. Those that live for the byline and not for the facts will find themselves obsolete and not credible anymore. Spying on intrepid reporters such as Attkinson, planting classified docs and bugging her computers is the ultimate sign of Obama’s regime gone totalitarian. Our government seems to have more in common with the Russkies these days than our Founders. Obama’s yellow journalism versus the Constitution – the lamestream media knows that crap is king and demands they give us dirty laundry.