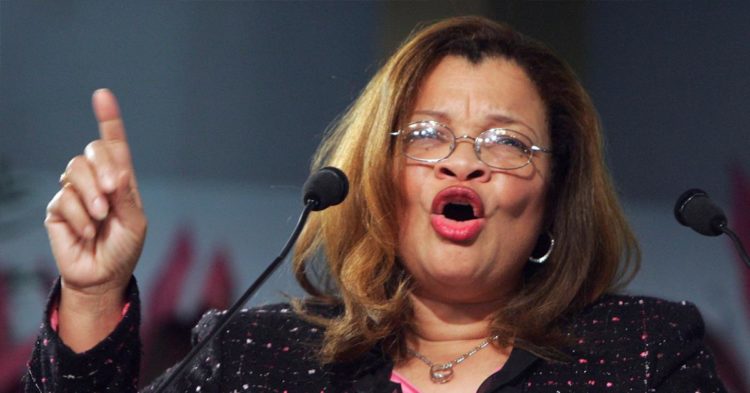 Martin Luther King needs no introduction, but you may not be aware of the work of his niece, Dr. Alveda King.

Recently, she appeared on Fox News to address the mainstream media spin on last weekend’s Charlottesville riots. The media is pushing the narrative that President Trump is himself responsible for the death of one female protester, two officers and the injury of 19 others.

Even though Trump has attacked the violence, he said something that the media didn’t like: that both sides showed up looking for a fight and both sides are responsible for violence.

So, this is what prompted Dr. King to speak up and declare her stance with the President, saying that, “We’ve got to stop the violence” and “The President is right about that.”

On Fox, she told viewers:

“I was blown up by the Ku Klux Klan in our home[2], but we knew that the goal was to transform the laws and transform the human hearts towards compassion,” she said while on Fox and Friends this Sunday.

“Racism is a sin. Hatred is a sin. We must learn to live together as brothers or perish together as fools,” she would go on to say. “I have decided to stick with love. Hate is a great burden to bear.”

Media figures keep attacking Trump for not identifying the rioters as all being white supremacists, but Dr. King says the violence on both sides is the issue that should be addressed and resolved first.

She also said that Trump is a “brilliant man,” who is compassionate and is making great strides for groups like women and African Americans, pointing out the work being done by Dr. Ben Carson with HUD.