Newspaper Apologizes to Readers For Endorsing Obama in 2008

The media carried so much water for Obama through his presidential elections that if it hadn’t been for their overwhelming support, it’s a near certainty he would not have won. Now, at least one newspaper is owning up and apologizing to their readers for endorsing Obama in 2008[1]. 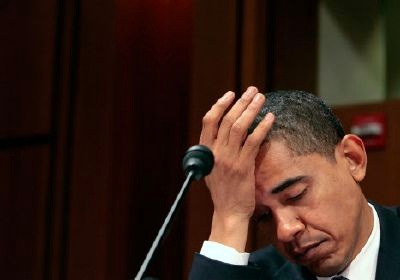 The Billings Gazette apologized on Friday for its 2008 endorsement of Barack Obama for president in an editorial titled “Gazette opinion: Obama earned the low ratings.”

The Gazette said it missed George W. Bush and the “good ol’ days when we were at least winning battles in Iraq.”

It recapped several mistakes Obama has made during his presidency:
-Obama has also failed on energy policy by not approving the Keystone XL pipeline, which could be helpful to the economy.
-He has failed in Iraq; the country is now on the brink of civil war.
-The Gazette wrote that the Bowe Bergdahl exchange made the Obama administration seem incompetent.
-The VA system has been mismanaged by the Obama administration, leading to veterans dying before they could receive medical care.
-Obama has also broken his promise to become the “most transparent administration in history.” The Gazette said the president’s administration is so opaque that is has earned a reputation worse than that of Richard Nixon.

The Billings Gazette may have supposedly seen the light — we’ll know the truth when it comes time for them to decide whether or not to endorse Hillary — but the rest of the media sure hasn’t. They are still dutifully covering up the worst of Obama’s scandals and defending him every chance they get.