At this point it isn’t easy for the moonbats at CNN to hit new lows. Yet they manage:

CNN presenter Reza Aslan has been heavily criticized after he ate part of a human brain while filming with a Hindu cannibal sect in India.

…drank an alcoholic drink from a human skull, before eating what he was told was human brain.

At one point he fell out with the Aghori guru who shouted: ‘I will cut your head off if you keep talking so much.’

The guru began eating his own faeces and then hurled it at Aslan.

Aslan quipped: ‘I feel like this may have been a mistake.’

CNN may have intended to show how politically correctly in tune it is with the Third World. But Hindus are fuming that this small cult of Shiva devotees hardly represents mainstream Hinduism.

Geeks biting the heads off of chickens in back tents at carnivals are now just a fond memory of more tasteful times. 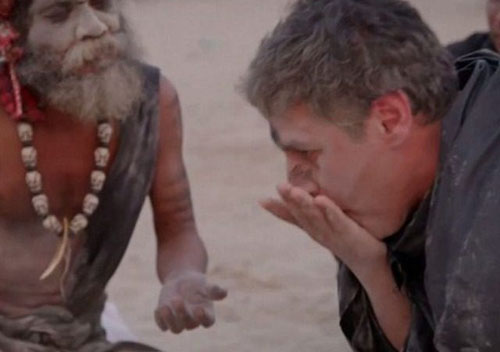 On a tip from Everyday President. Cross-posted at Moonbattery.