O’Reilly Is OUT [DETAILS] [VIDEO]

Bill O’Reilly, Fox News’ embattled superstar host, has been fighting rumors that he’s being forced out at Fox News due to his sexual harassment allegations against him. But it appears that those rumors might actually be true — Fox network executives are reportedly preparing to announce his firing[1] before he comes back from vacation next week. 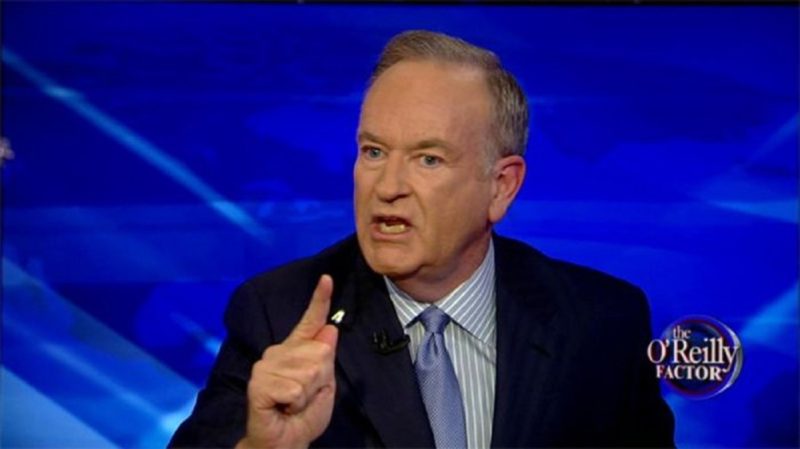 This morning, executives held a meeting to discuss what to do about O’Reilly — specifically, how to let him go without causing damage to the network. Executives for the Fox News’ parent company, 21st Century Fox, will be meeting on Thursday to discuss the issue further. It appears that Bill O’Reilly’s 21-year run at Fox News will be coming to an end.

The recent sexual harassment scandal surrounding Roger Ailes may be why executives are moving so quickly to can O’Reilly. And for now, sources are saying that negotiations are moving ahead with little delay. One issue is whether O’Reilly will be allowed to have a final sign-off to say goodbye to his fiercely loyal audience, who has stuck by him throughout the scandal. Executives are leaning against that for now, according to sources.

The other issue is money. Fox News paid Roger Ailes $40 million when he was let go last summer, the remainder of what was left on his contract. O’Reilly recently signed a new contract of his own, a multiyear contract worth more than $20 million per year.

Fox News staffers are reportedly shocked by the news of O’Reilly’s ouster, who expected that Rupert Murdoch would overrule his son James. Murdoch’s other son, Lachlan, was originally with Rupert Murdoch in wanting to keep O’Reilly, but his wife allegedly convinced him that he needed to go. Lachlan and James Murdoch together were evidently able to overrule Rupert Murdoch.

As for who would replace O’Reilly, names being floated are Eric Bolling, Dana Perino and Tucker Carlson. Sean Hannity, whose show runs at 10:00, is happy in his time slot and not willing to move. If Carlson takes O’Reilly’s spot, then his 9:00 time slot would then need to be filled.

There are many people who may be shocked by O’Reilly’s ouster, but perhaps they shouldn’t be. In John Hawkins’ new book ‘Things Young Adults Should Know’, he teaches that if you want to know what a person really believes, watch their actions.

What Bill O’Reilly believes, according to his actions, is not something that Fox executives are willing to support anymore.

Do you agree with his firing?