Bill O’Reilly is back[1] and he hit the airwaves yesterday with a new podcast. His podcasts will be free this week, but after that you will have to pony up $4.95 a month. That is how it’s always been by the way. O’Reilly isn’t backing down and is digging in for a legal fight. He was surprised that the whole dust up with Fox News ended the way it did, but he shouldn’t be. Many saw the Murdoch boys gunning for him from afar and the left had an orchestrated attack going on against his show and his advertisers. As the Washington Post said, Bill’s detractors wanted to take O’Reilly down and they succeeded this time.

Shame on the Murdochs and Fox News by the way for throwing their brightest star under the leftist bus after over 20 years of faithful service, when O’Reilly helped make them the most popular channel out there as well as making them millions of dollars. I have not seen one shred of evidence that proves that O’Reilly did anything he was accused of. The left simply took the model they used on Ailes and shifted it to O’Reilly with the help of Rupert Murdoch’s sons who want to take Fox News in a new, liberal direction. 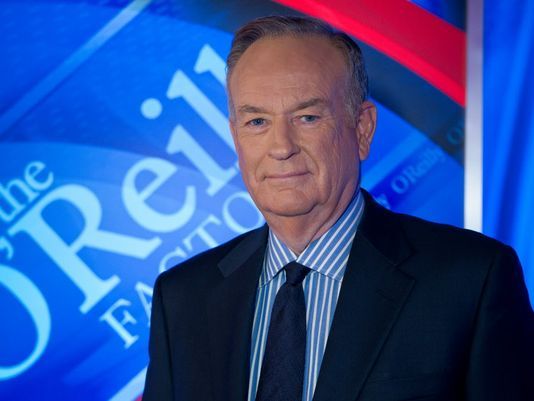 Former Fox News host Bill O’Reilly returned to work Monday with his fervent delivery intact, despite a much lower profile.

On his latest No Spin News podcast, released Monday night, O’Reilly remained confident that “the truth will come out” about the allegations of sexual harassment that led Fox News’ parent company 21st Century Fox to dismiss him Wednesday.

“I am sad that I am not on television anymore,” he said in the podcast on billoreilly.com[3]. “I was very surprised how it all turned out. I can’t say a lot because there’s much stuff going on right now, but I can tell you that I am very confident the truth will come out and when it does I don’t know if you are going to be surprised, but I think you are going to be shaken as I am.”

O’Reilly, 67, had recently signed a new multi-year contract worth more than $20 million a year. He went on vacation two weeks ago and had been set to return to Fox News Monday.

A New York Times investigation reported earlier this month that Fox and O’Reilly paid $13 million over the years to settle sexual harassment accusations from several women. After that report, dozens of advertisers dropped O’Reilly’s show, The O’Reilly Factor, which he hosted for 21 years. But that doesn’t prove a damn thing. It simply means O’Reilly didn’t want to fight in court and wanted the harassment to stop. If any of that was true, where’s the story? Where’s the facts? Prove it.

Rupert Murdoch and sons, James and Lachlan, who run 21st Century Fox, said in a note to employees that the decision follows “an extensive review done in collaboration with outside counsel.” What that doesn’t say is that Rupert’s sons lobbied him to let O’Reilly go. They want Hannity gone too from what I hear. In fact, if you are conservative, your days at Fox are probably numbered. Funny how their ‘extensive review’ happened while Bill was on vacation. O’Reilly, in a statement later that day, called the situation “tremendously disheartening that we part ways due to completely unfounded claims.” I’m sure it is and it is also eye opening. As you hear the facts of all this come out, I believe O’Reilly will be vindicated, but the damage is done.

If I were the left, I wouldn’t celebrate too hard. O’Reilly’s not done and he’s not going away. In his podcast, O’Reilly went on to say he did not want to talk any more about the situation “because I just don’t want to influence the flow of the information. I don’t want the media to take what I say and misconstrue it.” When the dust settles, many will be shaken by what is going on out there and it is a fight that is ongoing. One that conservatives must win or risk being silenced forever.

O'Reilly's back! Check out Bill's first No Spin News since leaving FNC – https://t.co/hiv184nXgU[4]