Sorry, Media: Polls Show the Majority of Americans Side with Indiana’s Christian Pizzeria

I feel we have arrived at a constitutional tipping point[1] here. The majority of Americans – both Democrat and Republican – side with Memories Pizza and their stance on their religious beliefs. They will serve anyone in their restaurant, but they refuse to cater gay weddings. That should be their right. I thought this was a constitutional Republic, not a fascist state. My bad. On the bright side, Memories Pizza has received over $209,000 in donations thru GoFundMe. On the dark side… they are probably going to be forced out of business because of death threats, etc. 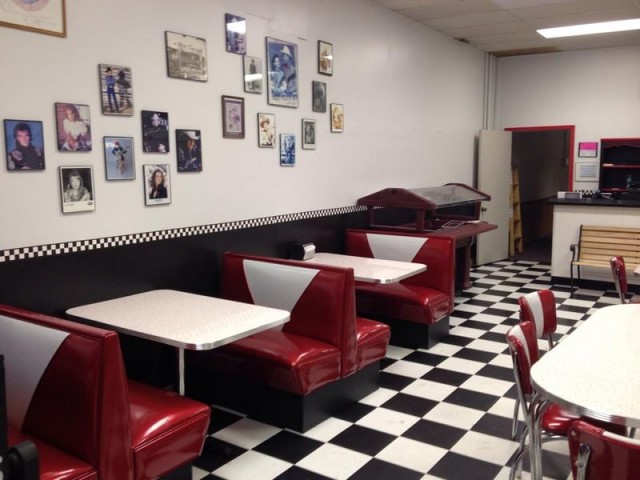 A Marist poll taken just last month found that[2] 54% of those polled, including a 47% – 45% plurality of Democrats, agreed with “allowing First Amendment religious liberty protection or exemptions for faith based organizations and individuals even when it conflicts with government laws.”

That puts a majority on the side of Memories Pizza, the small Indiana establishment currently being smeared far and wide in the media for their public claim that while they are happy to serve same-sex couples at their restaurant, their religious beliefs would not allow them to cater a same sex wedding.

Media and Democrat activists would either like to see Memories Pizza publicly taunted and shamed into violating their conscience, or punished by the government if they refuse to buckle and engage in something they see as a sin. In that arena, even bigger majorities of American, including Democrats, side with Memories Pizza[3]:

The margins were even larger in opposition to laws that proposed “penalties or fines for individuals who refuse to provide wedding-related services to same sex couples even if their refusal is based on their religious beliefs.” … [A]according to Marist, Americans oppose penalties on businesses like Memories by a 65-31 margin. The margin among Democrats: 62-34 against.

The dishonest mainstream media will of course never cite these polls. With Indiana, the media is too busy coordinating and actively engaged in a propaganda campaign to report facts. What strikes me is just how similar all of this is to the phony gun control campaign the media launched after the tragic Sandy Hook school shooting.

To everyday Americans, gun control is not a priority. Not even close. It wasn’t a priority before Sandy Hook or after Sandy Hook. The hard-left, though, always wants to grab our guns. This of course includes the media. So the media stood on the bodies of dead children and manufactured a phony reality that pretended GUN CONTROL IS THE MOST IMPORTANT THING IN THE WORLD.

The idea was to use this phony reality to intimidate Republican lawmakers to cave on gun control, and to convince the American majority opposed to more gun control that they are in the minority.

It was a propaganda campaign, and the media failed … miserably.

The media is now doing the same thing with religious freedom laws.

Religious Freedom laws are not controversial, and haven’t been for the more than 20 years they have been in existence. The American people instinctually get religious freedom. Most cherish it. They are also not bigots who have ever used these laws to create a victim of discrimination.

Like gun control, religious freedom laws work. As a country we have found an intelligent, thoughtful balance in the arena of competing rights.

Nevertheless, the media and Left love to persecute Christians. So over the weekend, they got together and coordinated a gun control-style misinformation campaign to convince lawmakers and Americans that MISSISSIPPI IS BURNING IN INDIANA.

Except it’s not, and everyone knows it’s not.

This entire uproar is a media lie, a ruse, a con, astroturf, the organized whipping up of a mindless mob… The media, especially CNN, freakin’ hate Christians and just want to get their rocks off pretending to be superior while they use lies to electronically lynch us in the court of public opinion. They want our rights stripped and our Churches forced to perform same sex marriages. Most of all, they want our ideas sidelined as abnormal and intolerant.

This whole media campaign is bigotry and hate and cynical politicking disguised as tolerance. Nothing more. Nothing less.

But polls show that The people are with the Faithful and the protection of religious conscience. As Dave Weigel points out[4], it is Democrats who have gone too far in suddenly coming out against religious freedom — it is Hillary Clinton who overreached.

And so has our bigoted, lying media … again.

This is sheer propaganda to force gay marriage and their movement on all of America – the same was done with abortions in Obamacare and gun control. It is my firm belief that whoever the Republican candidate in 2016 is, they had better align with those of faith or they will lose. This is one of many reasons that I solidly believe Ted Cruz is our best chance conservatively and constitutionally speaking. Christians are losing their constitutional rights and we are being targeted and hunted now in the US. It is clear our politicians will go wherever the most pressure is and the Marxists know this – if we don’t all stand together now, we will assuredly hang separately.