So, because he wrote about his religious beliefs, the Fire Chief of Atlanta has been suspended without pay for 30 days. Now, I understand he should have gotten permission first, but seriously? You are afraid of offending homosexuals and therefore are punishing an exemplary Fire Chief. It doesn’t make sense, much less pass the Constitutionality smell test. Do you treat gays in the same way that work there? I highly doubt it. I’ll bet they are free to write and espouse whatever they believe. So, why is a Christian any different? The fact he used his title is merely a statement of fact. You could have simply asked him to insert a line that stated his views do not reflect those of the city of Atlanta. But no… you wanted to make an example of him[1]. 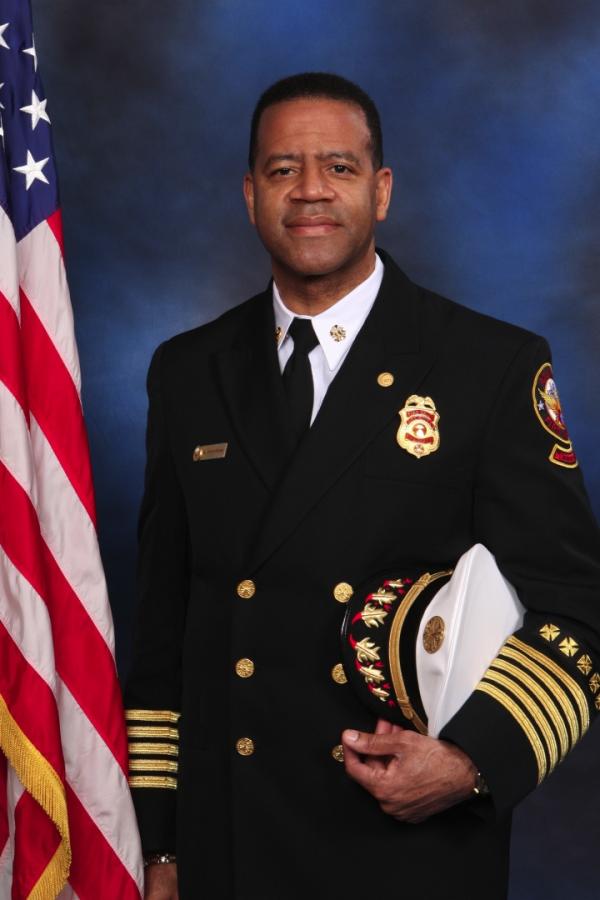 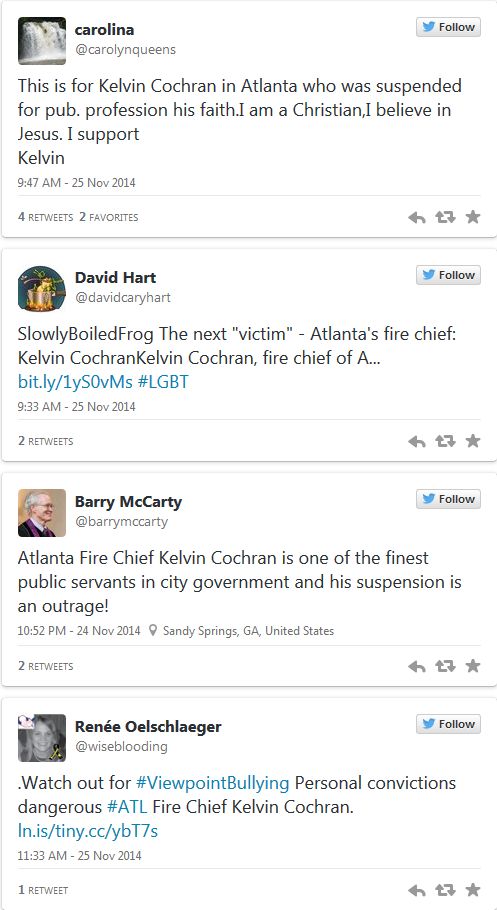 The top firefighter in Atlanta and a former appointee of President Obama is off the job without pay and ordered to attend “sensitivity training” because he published a book a year ago espousing biblical beliefs about homosexuality – and did it without getting permission.

According to WSB-TV 2[3] in Atlanta, Fire Chief Kelvin Cochran failed to inform city officials he was publishing the book, “Who Told [You] That You were Naked” before it was printed. Because he identified himself in the book as Atlanta’s fire chief, city officials told reporters, the city was concerned his beliefs could be taken to represent Atlanta’s official position.

“One of the most alarming things is that we did not know about the book when it was published,” city spokeswoman Anne Torres told WSB.

Cochran has been suspended for 30 days while the city also investigates whether and how he distributed the book to subordinates. Because the book makes clear Cochran believes homosexual behavior violates God’s law, Atlanta officials told the media they are afraid those under his command will be discriminated against based on sexual orientation.

“We understand that he was distributing the book to other employees. We are still not sure what the circumstances surrounding them are,” Torres said.

Neither WSB nor the Atlanta Journal Constitution [4]reported any firefighters had complained about Cochran’s treatment of them in a professional capacity.

In it, according to the Journal, he writes that, “since God made sex for procreation, he only intended it to be between a man and a woman.”

Living outside biblical law, he wrote, leads individuals to “pursue sexual fulfillment through multiple partners, with the opposite sex, same sex and sex outside of marriage and many other vile, vulgar and inappropriate ways,” according to the Journal Constitution.

He later defined terms such as “uncleanness” as: “whatever is opposite of purity; including sodomy, homosexuality, lesbianism, pederasty, bestiality, and all other forms of sexual perversion.”

For that, the veteran firefighter, who previously served as the city’s fire chief under former Atlanta Mayor Shirley Franklin, a Democrat, and chief of the U.S. Fire Administration under President Obama (also a Democrat) is being suspended without pay.

This is sheer discrimination based on a religious belief and is deeply wrong. More of the persecution of Christians of every political bent and walk of life under Barack Obama. We are hunted and punished for merely believing in Jesus Christ and following His teachings. Welcome to the new, tyrannical Progressive America where religious persecution includes those who do not bow to Islam or approve of different sexual orientations. The only discrimination here is that of another Christian.