The “progressive” War on Christianity 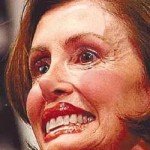 Planned Parenthood continues to insist that they provide badly needed healthcare services to low income women. Never mind that 38.4% of Planned Parenthood health center income comes directly from aborting unborn children. This may come as quite the shock to Americans whose political views reside on the left end of the spectrum, but pregnancy is not a disease. Abortion doesn’t cure anything. In the caring, non-savage world, reproductive healthcare means keeping expectant mothers and their unborn babies healthy, not killing the unborn babies.

This became a huge, front-page news story that led the nightly national television news cycle. Public pressure from left wing politicians like Nancy Pelosi and “progressive” activist groups managed to coerce The Komen Foundation into reversing their courageous decision. The politicizing of this decision was clearly out of bounds, since The Komen Foundation is a private organization that is free to operate their charity as they see fit. This is yet another example of the “mainstream” media’s persistent pattern of aiding and abetting leftist positions.

Prior to that, ABC, CBS, CNN and NBC all ignored the Department of Health and Human Services decision that by Aug. 1, religiously inspired hospitals, schools and charities that hire outside their faith must offer insurance coverage for sterilization, abortifacients and contraceptives without deductibles or co-pays. What this means is, the Catholic Church will be forced to either comply with a Congressional law prohibiting the free exercise of their religion, a clear violation of the First Amendment, or close down hospitals, universities and charities. That the media would fail to report on this unconstitutional power grab by the United States government stands in stark contrast to their open eagerness to defend “progressive” agenda items like abortion.

It’s easy to identify where, when and why a clearly biased media openly takes sides in an unprecedented government assault on Christianity. But the blame doesn’t reside solely within the “progressive” Party Pravda. If you’re a pro life Christian who voted for “progressive” politicians and their empty promises of hope and change, you are partly to blame for their war on Christianity.

The remedy is both simple and obvious. In November 2012 “progressive” politicians must be voted out of power.