Trump’s Revenge: BuzzFeed Is Forced To Pay A Huge Amount Of Cash

Cry me a freaking river![1] It serves BuzzFeed right for doing a hit piece that disingenuous on Donald Trump. Since they were so nasty, he slapped them with a bill for flying on one of his planes. Good for Trump. They should have to pay. When you get vicious like that, you get what you deserve. Just because you are a reporter, it does not entitle you to gratis plane rides and freebies galore. As for a love story between Trump and BuzzFeed, that’s highly overblown. Trump doesn’t love anyone in the media and BuzzFeed is a hostile media source that supports those who are against Trump. What did they expect him to do? Smile and write it off? He didn’t become a success that way. It’s akin to being invited to dinner and crapping all over the host. Coppins is a snake and he got stomped on. 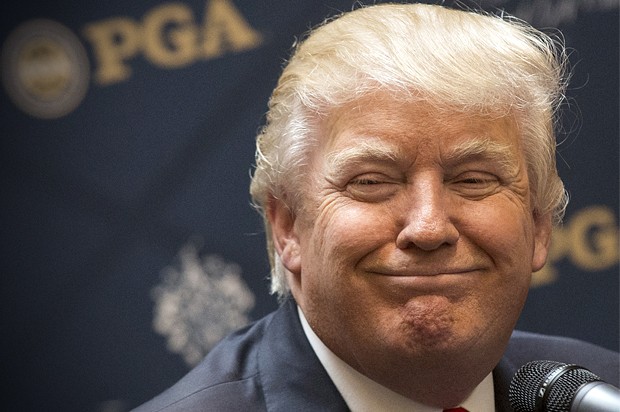 Chivalry is officially dead — at least where Donald Trump is concerned.

Despite the fact that most everything he owns is drenched in obnoxious gold, if you’re a reporter and he doesn’t like you, there are no freebies.

No matter how much he and his ogling aides once tried to woo you.

When BuzzFeed released its declarative hit piece by political reporter McKay Coppins on the GOP presidential frontrunner in 2014, the love story was over and by all appearances aide Sam Nunberg was supposedly canned like a sacrificial lamb. Many suspect he was never really fired. And sure enough he was back in Trump’s inner circle before being fired for — this time most certainly for real — a second time in 2015.

The Mirror has learned that BuzzFeed had to fork over a sizable lump for the lumps Coppins gave Trump in “36 Hours On The Fake Campaign Trail With Donald Trump[3].” What was supposed to be a a gratis plane ride to his Mar-a-Lago resort in Palm Beach turned into a fee Coppins won’t disclose.

He raised the detail Sunday in an analysis piece[4] for The Washington Post on Trump’s popularly with the fringe right. In it, Coppins recalls how trapped he felt in the supposedly fake candidate’s “surreal” world. He mentioned that Trump billed the outlet 10K for a ride that, say, Breitbart‘s Matthew Boyle would easily fly free in the plane’s golden toilet section.

Asked if BuzzFeed eventually paid the 10K for the voyage in addition to a $850 bill, Coppins wouldn’t say.

Still, what he would say was rather telling.

“I’m afraid if I tell you how much we ended up shelling out it will set a dangerous precedent for future vindictive profile subjects,” Coppins told The Mirror.

Trump has a sense of humor and can be fun to be around… if you don’t cross him. If the media hates The Donald that much, they should just stay away from him. If you go into the lion’s den and piss him off, he’s liable to eat you. That’s what lions do. Trump isn’t just popular with the fringe right by the way… he’s got broad appeal. He has Republicans, Democrats, Independents and people from all walks of life clamoring after him. It scares the crap out of the Left and many on the Right as well. I enjoy the heck out of it. I don’t blame Trump at all for slapping these media trolls with a hefty bill. Someone should make them pay.