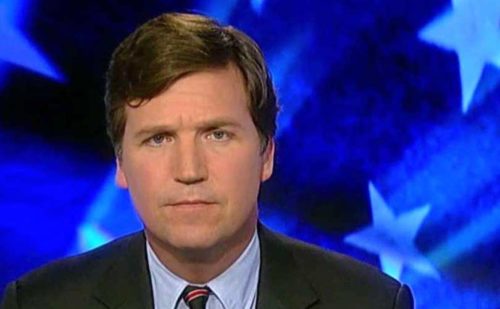 Recently on Tucker Carlson Tonight[2], Tucker opined about the Kathy Griffin severed head controversy. And as always, he nailed it.

Part of what he said was this:

“That’s just unbelievable, I don’t know where to begin. Kathy Griffin isn’t particularly talented or amusing, he does have a point, it’s a little disproportionate for all of us to keep so much attention on someone who probably shouldn’t be famous in the first place, so why are we doing this segment? Because whether she realizes it or not and I bet she has no idea, Griffin is an important figure in American life and that she’s the perfect embodiment of what the modern left beliefs.

Consider carefully what she said today. Griffin publicly fantasizes violently about murdering the President yet she holds a press conference to announce she’s the one who has been wronged. Trump and his family bullied her she says, so have unnamed older white guys who have oppressed her despite giving her a series of very high paying jobs. In other words, she is the real victim here. Of course she is, liberals are always the victims.

Being the victim is virtually what it means to be a member of the progressive America. It has more benefits it turns out than AAA and it’s free. It means never having to say you’re sorry, it also means being right even when you’re wrong. Victimhood is the modern equivalent of holiness, it excuses anything. That’s why liberals will say almost anything no matter how ludicrous to get it. Do you remember when President Obama the most powerful human being in history use to imply that he was somehow the victim of racial bias?”

He continued a bit later in the segment with:

“Wait, if the most powerful and richest people on the planet can be victims, who can’t be a victim? Good question. The most remarkable thing about victimhood as that it allows the alleged victims to commit to the very offenses they are complaining about. They will punch you in the face and accuse you of assault. Or more specifically smash you in the head with the bike lock and then complain you’re making them feel unsafe.

They’ll crush a bible club at a school that never even been to and then tell you that other people’s beliefs oppressed them. They will take over a college campus forcing spineless administrators to enact every one of their demands and then claimed to be powerless victims of a climate of racism. And then they will conduct a nationwide witch-hunts for Christian small businesses trying to shut them down if they don’t violate their own faith.”

In fact, how about a little summary of the situation?

America, both Conservatives and (many) Liberals, are outraged and sickened by the graphic violent ISIS-inspired grotesqueness of it and rightly calls her out.

She loses lucrative and longstanding endorsements and contracts because companies don’t want to be affiliated with an unhinged bloodthirsty sociopath “comedian.” Gosh, reality is just the pits, isn’t it?

When she sees the collateral damage her disgusting move has wreaked on her career, she pulls the apology card without actually apologizing to anyone she insulted or scared (Barron Trump and the Trump family and all Americans who support the President, and all Americans in general, because #HeIsOurPresident.)

When she sees the “apology meant to save her career” didn’t work as planned and that she continues to hemorrhage marketability, money and respect, she pays a lawyer to attack the people she attacked. That’s right, the perpetrator, emphasis on “traitor,” doubles down on attacking her victims and is willing to pay for it.

And her lawyer, speaking for her, accuses the Trumps, the victims here, of “bullying” her and trying to destroy her image.

And then, in her final piece de resistance, she claims SHE’S being attacked by the Trump family because…sexism and racism. Because those are always the final cards in the Liberal hand, when nothing else is left and they see that they have no actual valid argument or defensible point. They believe yelling sexism and racism ends the conversation. Well it doesn’t. Because these consequences are NOT the results of sexism or racism or bullying, even though that’s a really nifty rundown of all the favorite Leftist accusations. No, these are the actions of a truly deranged individual who appears to be incapable of seeing her own folly and of taking responsibility for her own stupid career ending decisions.

Maybe next time, pose with a kitten, a living one. People like kittens. Severed heads not so much.