Fox News host Tucker Carlson took a gun control advocate to school on his show Friday over Seattle’s recent gun tax and its evident failure to put any sort of hold on gun violence[1], and instead, had the opposite effect completely.

In 2015, Seattle enforced a “gun violence tax” with the goal of reducing the amount of gun violence happening in the city. The tax made it so there was a mandatory $25 tax for every firearm bought and a $.05 tax for every round of ammunition that was purchased. The tax did what taxes do best: Shut down small business owners, or cause them to move their business outside the city limits to avoid the tax. In both cases, the city of Seattle lost out on business. Well, that and gun violence actually increased, so yeah… 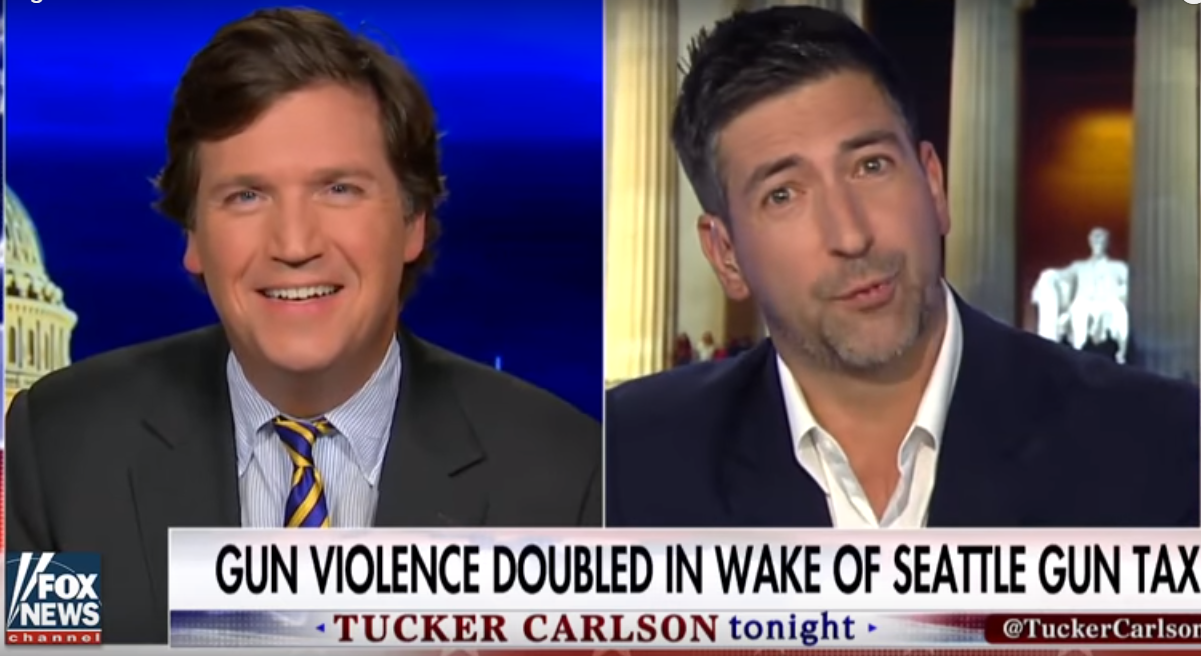 In fact, violence has jumped in Seattle and murders are up twice as much as last year. Carlson said it proves the law did the exact opposite that it set out to do. Gun control advocate Mark Glaze wasn’t too happy to have to explain his version of ‘why’ it happened.

Glaze gave a bogus answer in saying that the purpose of the law was to help fund studies of gun control and not actually put an end to gun violence like Carlson allegedly claimed. However, Carlson pointed out the obvious:

Glaze responded by accusing the “gun lobby” of forestalling the federal government from allocating funds to study gun violence, so Seattle acted by making their tax in order to do it themselves. Yet, Carlson didn’t take that excuse.

“Again, the whole point of all of this…is to reduce gun violence — and it doubled [in Seattle]. So it’s hard to take you or people like you seriously if you don’t let the data drive your conclusions. And the date here are really clear, crystal clear. This didn’t work, so why would you still support it?”

So, for the sake of a ‘study’, citizens of Seattle were murdered by the resulting increase of murder. Sounds about right…

Check out the entire interview: