VIDEO: Obama Blasts a Reporter for Mentioning the Abandoned Americans in Iranian Prisons

Obama got more than a little angry at a reporter for daring to bring up the four Americans who have been abandoned in Iranian prisons, when obviously we’re all supposed to be celebrating his nuclear deal with Iran. That reporter, CBS White House Correspondent Major Garrett, is unapologetic though, saying that it is his job to strike a nerve if it’s necessary to get an answer. 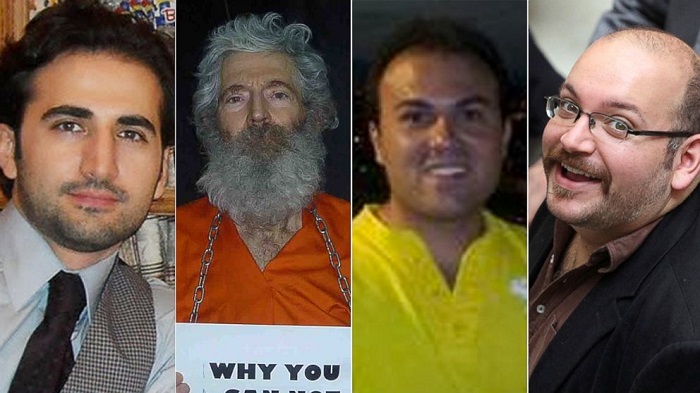 Garrett had asked Obama at an afternoon press conference about the status of the four Americans imprisoned in the Islamic Republic, in relation to the Iran nuclear deal.

“Can you tell the country, sir, why you are content with all the fanfare around this deal to leave the conscious of this nation, the strength of this nation, unaccounted for in relation to these four Americans?” Garrett asked.

Obama grew visibly upset and told Garrett he should “know better” than to ask that. Appearing on CBS Now, Garrett reacted.

… “Sometimes you have to take a scolding from a president to get to an answer,” Garrett said. “That’s part of my job.”

“Politicians, especially those elected as president, are very adept at creating straw men. Taking something that they feel rhetorically works to their advantage and using it. That’s exactly what the president did,” Garrett said. “My question did not suggest he was content with the captivity of those four Americans. My question was about the contentment, or the satisfaction, or the realization that it was necessary within the context of this deal to leave them unaccounted for. That was the essence of the question.”

“Clearly it struck an serve. That was my intention …. Was it provocative? Yes. Was it intended to be as such? Absolutely.”

Message to the mainstream media: this is what actual journalism looks like, and good for Garret for not wilting under the president’s anger. Lord knows most other “journalists” would never dare to question their Dear Leader — after all, they should know better. Right, Obama?