VIDEO: Reporter Films During Freddie Gray Protests – Then Someone Pushes Her Down & Robs Her

A reporter for Russia Today[1] found out the hard way how sideways an interview can go during violent riots. Riots by the way[2], they support. These thugs knocked her down and stole something from her… thankfully a police officer chased them down and got it back. It could have been much, much worse. Notice in the video that these are boys – some of them quite young. They have grown up in an atmosphere of racism and hatred towards others. The riot in Baltimore set them free for a brief period in time to show their real faces. 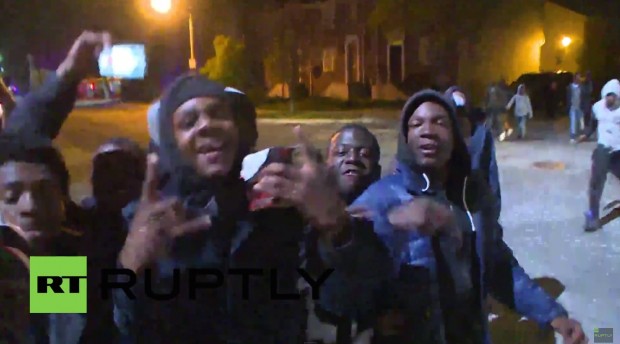 Plenty of poses for the camera.

Then, the woman recording is attacked.

A reporter for the Russian news outlet Russia Today (RT) was attacked and robbed while she recorded footage of young men in Baltimore during Saturday night’s violent Freddie Gray protests[3].

In video posted to YouTube, a large group of young men can be seen flashing obscene hand signals at the camera and shouting.

Then it appears someone pushes the camerawoman, and she tumbles to the ground.

She gets up and chases after someone, sobbing and yelling, “Stop! Give it back!”

Thankfully for her, cops were only a few blocks away.

RT reported the attack on its Russian-language website[4], but it did not appear to feature the attack in its English-language coverage[5] of the Freddie Gray protests.

These ‘young men’ are part of those behind the riot… the Crips, the Bloods, the Nation of Islam and the New Black Panther Party. These are militants who support ISIS and their backers are Leftist/Marxists. This looks like the beginning of a very violent, chaotic summer in which a European and an American Spring both have the potential to ignite, bringing much more violence into our streets and pressure from our government. As it is above, so shall it be below. Top down, bottom up, inside out…[6] This is just the beginning of a clash of cultures and political ideologies where race will be used as the excuse for confrontation, but in the end, the reason is always Progressive change. 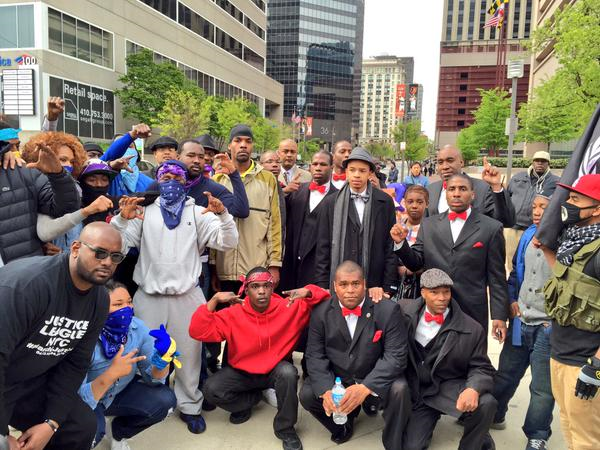