“The View” BLASTS Trump’s Response To Manchester TERROR – This Time Their Viewership HITS BACK! [VIDEO] 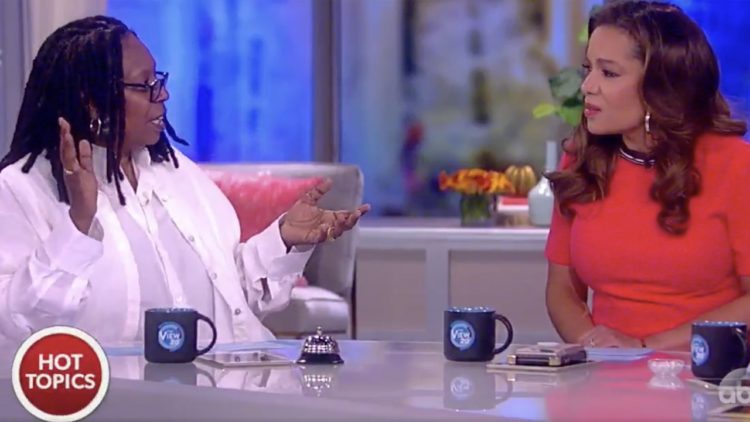 “The View” is known for disagreeing with conservative and Republican viewpoints, so it’s a bit of a surprise when we remember that not all of their viewers buy the lefty bent hook line and sinker.

Co-hosts Whoopi Goldberg and Sunny Hostin attacked President Trump for his recent remarks on the terrorist attack at the Ariana Grande concert in Manchester, England.

Trump’s full remarks on the murder of 22 people and the injury of dozens more were reported by The Blaze[2]:

“I extend my deepest condolences to those so terribly injured in this terrorist attack and to the many killed and the families — so many families of the victims.”

“We stand in absolute solidarity with the people of the United Kingdom. So many young beautiful, innocent people living and enjoying their lives murdered by evil losers in life.”

“I won’t call them monsters because they would like that term. They would think that’s a great name. I will call them, from now on, losers, because that’s what they are. They are losers. And we will have more of them. But they are losers, just remember that.”

“Our society can have no tolerance for this continuation of bloodshed, we cannot stand a moment longer for the slaughter of innocent people. And in today’s attack it was mostly innocent children. The terrorists and extremists and those who give them aid and comfort must be driven out from our society forever.”

“This wicked ideology must be obliterated and I mean completely obliterated, and the innocent life must be protected. All civilized nations must join together to protect human life and the sacred right our citizens to live in safety and in peace.”

Sunny Hostin started, saying that she didn’t feel that it was “presidential enough,” with Joy Behar chiming in to add that it’s just “typical of the way he talks.”

Sunny’s complaint was that Trump’s words were not the same as Obama’s were directly after the Boston Marathon bombing, where Obama pushed unity as his main point.

The lone conservative co-host, Jedidah Bila said that Trump perhaps wasn’t “aggressive enough,” but stuck up for the average American who are “sitting at home and they’re having a gut reaction and they’re feeling he’s speaking their language in many ways.” She went on to say of Trump, “sometimes it’s real and authentic and it’s not polished.”

These days, the average, common American has access to Twitter and doesn’t just have to sit at home and take what they’re told by the liberal co-hosts. You can take a look at some of the tweets that have been making the rounds before watching the 3:10 minute video posted just below.

I'm sure there will still be some IDIOTS on the LEFT against a travel ban!!???? Salman Abedi #TheView[6]

Stopped watching #TheView[6] change title to https://t.co/BUKwEQqd5J[10]& #trumpbudget[11] all they do is complain about him

You can watch the full video here:

[email protected][14] says Pres. Trump needs to "rise above in these times and become presidential" after he called Manchester attackers "evil losers." pic.twitter.com/i1VYvPcUMy[15]