Liberal bias in the media is nothing unusual and so for conservatives who appear on mainstream media programs, they have a choice: they can either try to play nice, or they can go to battle. For former New Hampshire Gov. John Sununu, the choice was clear: he was going to battle[1]. 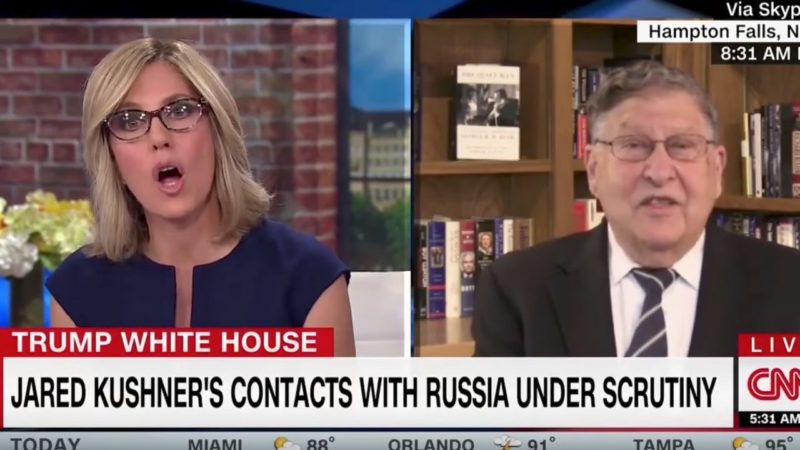 Sununu appeared on CNN’s “New Day” with host Alyson Camerota and the interview was contentious almost from the start. The two were discussing the investigation into Donald Trump’s alleged ties with Russia. Camerota insinuated that not only was there evidence of collusion, but that if the investigation proved it, Sununu and his fellow Republicans should be deeply disturbed by it. However, Sununu wasn’t taking her accusations lying down.

“Is there anything about the Russian — investigation connected to the Trump campaign that troubles you?” Camerota asked him. “Yeah, but the reporting that’s taking place and the exaggeration of the veniality… look, it’s now seven months since the election; and to this day, no one has cited a single piece of evidence,” Sununu answered. But he was just getting started.

“You should be concerned if there was collusion,” Camerota said. “I don’t see any evidence of collusion, do you?” he replied, before adding that the lack of evidence should put a stop to the media’s conspiracy theories. He also pointed out that if there was any evidence to be found against Trump himself, or any members of his staff, it would have been found already. “You’re seven months into this investigation!” Sununu said.

Camerota, however, tried to claim that the investigation was just beginning and that Sununu’s claim was unfair. And then Sununu dropped a bomb. “If Mueller comes out and says that my version is correct and yours isn’t, how much crow are you going to eat?” he asked.

You can watch the entire exchange here:

Needless to say, Camerota was left flustered and practically speechless by the end of the interview. But for Trump supporters, this interview was a major home run.