California Democrat Maxine Waters has made it her mission to take up the title of most insane liberal in the House of Representatives. She’s been leading the call to impeach Donald Trump, but she’s not satisfied with just Trump — she’s also been going after Housing and Urban Development Secretary Ben Carson. Fox News anchor Tucker Carlson had one epic takedown[1] for her, though. 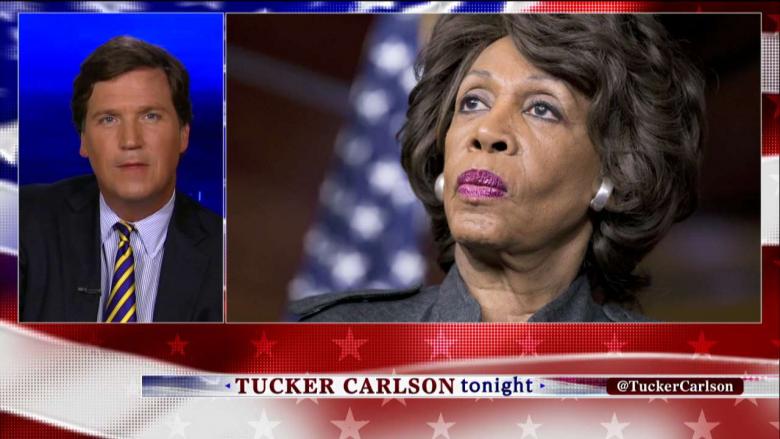 Waters recently attacked Carson and even threatened him, saying she would “take [HUD Secretary Dr. Ben Carson’s] a** apart.” Her reasoning? Because Carson knows nothing about the HUD mission, according to Waters. Tucker Carlson responded, but instead of defending Carson, he pointed out that Waters might be the perfect person to be the HUD secretary in his place.

“We should take her seriously on this subject,” Carlson said, adding that she was a “confirmed expert on the question on housing.” He pointed out that Waters has been a politician for 40 years, lives in a 6,000 square foot mansion worth $4.3 million and that her mansion isn’t even located within her congressional district.

“[W]aters is a confirmed expert on the question of housing, especially her own housing,” he said. “Consider where she lives, in a 6,000 square foot, $4.3 million mansion in one of the wealthiest neighborhoods in Los Angeles. Now, how did she afford a place like that after having spent the last 40 years working in government? We hate to speculate. How did she keep getting reelected despite not living in her own Congressional district? No clue there either. The district Waters actually represents in Congress has the second-highest percentage of African-American residents in the state of California.”

Carlson added that she had pulled off a housing “coup.” “Now, the neighborhood where Waters actually lives is just six percent black or, as she might put it herself if she didn’t live there, it is segregated — like 1950s level segregated,” he added. “And as we’ve mentioned, it is really, really rich. So, how did Maxine Waters pull off a housing coup like that, who knows, but it almost qualifies her to be HUD Secretary herself.”

So Waters lives in a mega-mansion, outside of her district, in a neighborhood that is highly segregated… yet she has no problem using race-based rhetoric and attacking Ben Carson?