Country singer and famous bad boy Charlie Daniels has resisted speaking out on the Confederate flag issue until now, mostly, he says, because he wanted to gather his thoughts. But now he has finished cogitating. He is saying his piece and what he has to say is spot on. 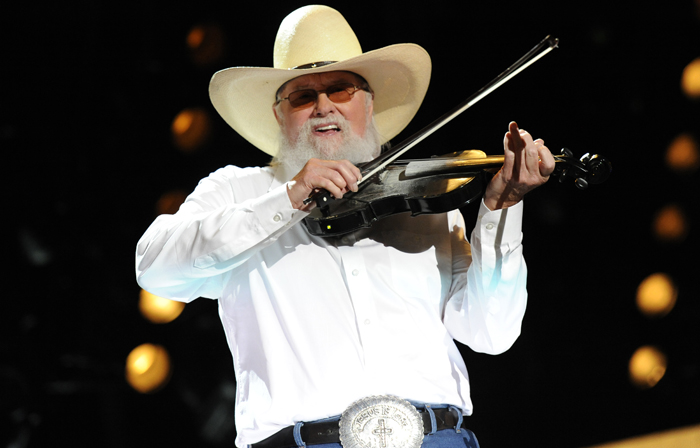 Daniels noted that the slain Charleston churchgoers were his kind of people and he mourns their loss. But he went on to insist that the Confederate flag has absolutely nothing to do with hate and but its popularity in the south is, in fact, itself a response to hate. The hate southerners feel from liberal northerners.

I was born in 1936, a mere 71 years after the Civil War ended, when the South was looked upon by what seemed to be a majority of the Northern States as an inbred, backward, uneducated, slow-talking and slower-thinking people, with low morals and a propensity for incest.

This was in the days before television, and about all the folks up North knew about Southerners was what they heard. There were a lot of people who took great pleasure in proliferating the myth, and some still do it to this day.

As you might suppose, people in the South bitterly resented this attitude of superiority, and in some quarters the words “damn” and “Yankee” became one word. And a somewhat fierce type of Southern pride came into being.

The Confederate battle flag was a sign of defiance, a sign of pride, a declaration of a geographical area that you were proud to be from.

That’s all it is to me and all it has ever been to me.

I can’t speak for all, but I know in my heart that most Southerners feel the same way.

I have no desire to reinstate the Confederacy. I oppose slavery as vehemently as any man, and I believe that every human being, regardless of the color of their skin, is just as valuable as I am and deserves the exact same rights and advantages as I do.

I feel that this controversy desperately needs to be settled without federal interference and input from race baiters like Al Sharpton. It’s up to the individual states as to what they allow to be a part of their public image. What the majority of the people of any given state want should, in my opinion, be their policy.

Unfortunately, the Confederate battle flag has been adopted by hate groups – and individuals like Dylann Roof – to supposedly represent them and their hateful view of the races.

Please believe me when I say that, to the overwhelming majority of Southerners, the flag represents no such thing, but is simply a banner denoting an area of the nation and one’s pride in living there.

I know there will be those who will take these words of mine, try to twist them or call them insincere and try to make what I’ve said here some kind of anti-black racial statement, but I tell everybody who reads this article, I came up in the days of cruel racial prejudice and Jim Crow laws, when the courts were tilted against any black man, when the segregated educational system was inferior and when opportunities for blacks to advance were almost nonexistent.

I lived through the useless cruelty of those days and did not get my feelings out of some sensitivity class or social studies course, but made my own decisions out of experience and disgust.

I hold no ill feelings and have no axes to grind with my brothers and sisters of any color. The same God made us; the same God will judge us; and I pray that He will intervene in the deep racial divide we have in this nation and make each person – black or white – see each other for what we truly are, human beings. No better, and no worse.

How about just a simple “AMERICAN”?

Daniels has more to say that this excerpt, so go on over and read his full piece at CNSNews.com[1].