What Taya Kyle Just Did To The Hollywood Elite With Style, Grace and Class Proves She’s Classier Than Them All [Video]

It took a lot of courage[1] to swim with those piranhas. Chris would have been proud of his wife at the Oscars. Holding his dog tags and a cross, she braved the Hollywood elite and went in his name. She stood for Chris and for the greatest war movie ever made in American history. Taya looked beautiful in green and her sister was just as lovely. Humble and grateful, she did a terrific job in her interview. Her husband’s murder trial resumes Monday, but in true military fashion, Taya sucked it up and went anyway. She did if for the man she loved and lost. She did it in his memory. Though American Sniper was snubbed by the pretentious celebrity elite, America knows that it was the best movie out there. And we know Chris for the true hero he was and is. 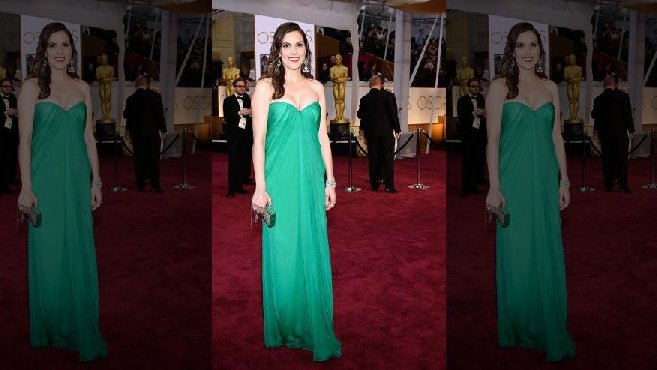 Though American Sniper got snubbed for Best Picture at the 87th Academy Awards, Taya Kyle showed up for the celebration of the film of her late-husband’s life and she did so with style, grace and class.

When liberal Hollywood elite are spouting off on wage equality for women and “equality” for the new generation of immigrants, Taya faced the world of Hollywood on behalf of Chris.

Here are the reasons why Taya Kyle is classier than (most of) the rest Hollywood:

“It’s an honor to be here too,” she said. “I appreciate everyone bringing me out here and dressing me up. It’s an experience for sure.”

Despite the closing arguments pending in the murder trial of the man who killed her late husband, Chris Kyle, set to resume on Monday morning, Taya showed up at the awards show looking stunning and ready to face the world.

“I wanted to be here to represent Chris, obviously,” she said. “It’s not the ideal time to do that, but I still want to embrace everything that he should be here to do with me.”

3. She sees the big picture

Taya knows that the film nominated for the Best Picture, American Sniper about her and Chris’ lives is impacting people around the world. Including men and women who’s marriages have been affected by deployments. When asked how Chris would have reacted to the success of the film, Taya said:

“He would be absolutely blown away, and he would be his usual humble self, laugh at himself, probably make fun of it in some ways, but deep down, he would be really, really happy that so much healing is happening for couples who are healing with this movie, and opening a dialogue.”

4. She knows how to hold on to what matters

The widow was seen on the red carpet clutching Chris’ dog tags and a small cross in her hands. She knows how to cling to what really matters: faith and family.

We love Taya and are praying for her during the trial and celebrate with her all of the successes of American Sniper!

Chris Kyle saved untold lives while continuously risking his own. His only regret was that he couldn’t save more. That is what a hero is and what the Left can never understand. None of those walking that red carpet can begin to hold a candle to Chris or Taya Kyle. They’re not fit to walk in their tracks. Let the red diaper babies of Hollywood have their traitor, Edward Snowden, who will be thrown out with the dust of history… I salute Chris Kyle for the way he lived and fought. A hero that will go down in history and will always be remembered.