Daytime talk show “The View” is known for being one of the most obnoxious liberal television shows currently in existence. Throughout the years, the panel has typically consisted of four liberal women, with one token conservative, usually ganged up on by the liberal harpies. And liberals are furious after Jedediah Bila — the token conservative — defended Donald Trump[1]. 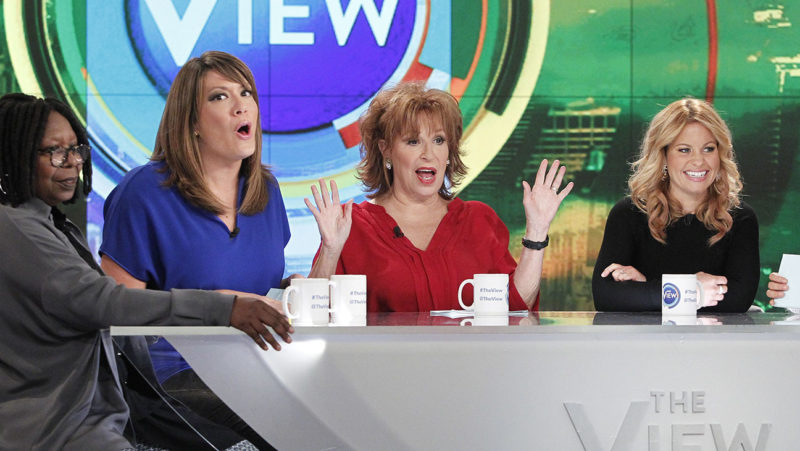 The topic of conversation was actress Meryl Streep’s speech slamming Trump at the Golden Globes. One of the things Streep hit Trump for was mocking Serge Kovaleski, a disabled journalist, which she said “broke her heart.” But Bila, who said she originally believe Trump was mocking Kovaleski, now says that she doesn’t think he was after all.

Bila said her mind was changed after seeing ”a series of clips of Donald Trump using those exact hand gestures to mock other people.” And more importantly, Bila said, celebrities shouldn’t use award shows to beat Americans over the head with their political opinions. “When I turn on an award show, I don’t want to be lectured about politics, climate change or the NRA or a left-wing issue or a right-wing issue,” she said. “I want to appreciate those films and I want to leave politics out of it.” Streep is “a phenomenally talented actress” and while Bila said she has a right to her opinions, Streep’s speech made her turn off the awards ceremony.

“The point is, he mocked a person,” Whoopi Goldberg said. “He’s a mocker!” “At the very least, he should have the sense not to do those hand gestures to mock a reporter for being disabled,” Joy Behar added.

Shockingly, Behar and Bila did agree on something, though. They both agreed that Trump needs to stop responding to every criticism that he hears about. Behar called him a “baby” and said, “He’s not there to ‘tit for tat’ for every slight that goes through his thick skin.” Bila agreed, saying, “It’s not his place to respond. Donald Trump should be focused on how to fix the country.”

Watch the video of the entire exchange below: