Will Obama censor FOX News after his statement: ‘We’re Going to Have to Change How the Media Reports’ [Video]

You betcha![1] When I heard this statement from Obama yesterday, all I could think was ‘here it comes.’ He will use the FCC to do his dirty work and in moves that look a lot like the Fairness Doctrine, when Net Neutrality kicks in, they will start by censoring the Internet. Conservative media such as Fox News and Drudge will be hit first and it will go something like this I bet… either provide opposing views on an issue equally or get fined and/or shut down. It will be de facto censorship. After they are done with the big boys, they will come for big blogs and then the little guys. I saw this coming long ago. 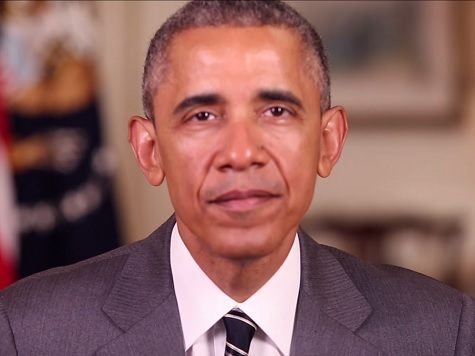 For going on seven years we have learned three things about President Obama: 1) He loves the poor so much he continues to create more of them. 2) He loves the poor so much he does everything in his power to keep them poor. 3) He doesn’t see the opposition as loyal, but as bad players — his enemy. This is especially true of Fox News, which Obama ripped as anti-poor bigots during a Wednesday afternoon summit on poverty.

We’re used to this Obama, the forever-partisan who has never seen himself as president of all the people but only of those who worship him.

What was most revealing about the president’s comments was his expressed desire to “change how the media reports.”

Here is the full transcript:

I think that the effort to suggest that the poor are sponges, leeches, don’t want to work, are lazy, are undeserving, got traction. And look, it’s still being propagated. I have to say that if you watch Fox News on a regular basis, it is a constant venue. They will find folks who make me mad. I don’t know where they find them. They’re all like, “I don’t want to work. I just want a free Obama Phone, or whatever.” And that becomes an entire narrative that gets worked up. And very rarely do you hear an interview of a waitress, which is much more typical — who is raising a couple of kids and doing everything right but still can’t pay the bills.

After seven failed years, to watch Obama sit there and discuss the poor as though he is part of the solution and not the problem, is laughable.

And let’s not forget that Obama knows nothing about poverty. He has lived a privileged life.

Obama attended prep schools as a child, lived with his well-to-do grandparents in Honolulu as a teen, where he attended Panahou, a fancy private school. Both of his grandparents were well educated; she even worked as the vice president of a bank. For a time, Obama had a nanny[2]! From there Obama attended Occidental College in California, was well off enough to visit Pakistan for 3 weeks; he then attended two of the most prestigious colleges in the country: Columbia and Harvard.

The closest Obama has ever come to experiencing anything close to poverty was during his time as a community organizer in Chicago. And in that dynamic, the poor were just pawns for Obama to manipulate to achieve his political ambitions.

Obama knows nothing of struggle, or what life is like for those who do. And after 7 years of his failed economic policies, we also know he doesn’t give a damn enough about the poor to change his policies in a way that might actually help them.

Obama likes poor people fine — he likes them dependent on the government.

He also likes the news media to do what it’s told.

Obama doesn’t care about the poor. As Nolte says, he has nothing in common with them. They are simply pawns in a chess game to accomplish Marxist goals that he has had planned forever. If Obama can control the media and outlets that actually distribute real news, a la Venezuela or Cuba, he can control the people. Right now he is controlling everything a dictator needs: food, shelter, money supply, military and the media – that isn’t a Constitutional Republic… that is tyranny. And Obama is not alone – he has Progressive allies on both sides of the political aisle helping him. Obama is acting daily more and more like a fascist king and no one is stopping him effectively. After censoring the news, can martial law be far behind, I wonder.