Wow, Wow, WOW! Even the NEW YORK TIMES says the Obama Administration “Has Lost All Credibility.”

For most of the last four years, the New York Times might as well have been a branch of the Obama campaign team. Everything the Obama Administration did was right, everything Republicans did was wrong and critics of Obama were not only wrong, they were racist. 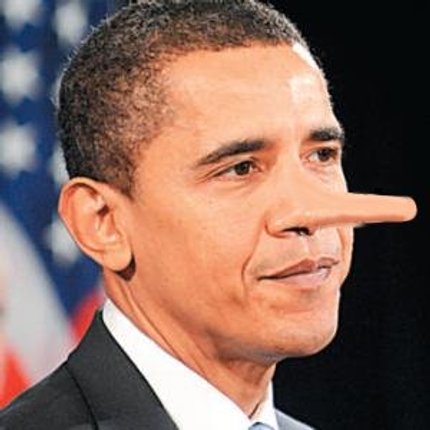 For the second time in as many months, The New York Times on Thursday blasted the Obama administration for its surveillance practices – this time saying that the White House has “now lost all credibility” after reports that it has been collecting the telephone records of millions of Verizon customers.

“Mr. Obama is proving the truism that the executive will use any power it is given and very likely abuse it,” the Times said in a scathing editorial. “That is one reason we have long argued that the Patriot Act … was reckless in its assignment of unnecessary and overbroad surveillance powers.”

Just a few hours later, however, the Times inexplicably changed the wording of the editorial to say the administration has now lost “all credibility on this issue,” a much softer and different tone. No reason was given for the change.

Last month, the Times ripped the Justice Department for labeling Fox News reporter James Rosen as a possible “co-conspirator” in a criminal investigation of a news leak about North Korea’s nuclear missile program.

The administration has “moved beyond protecting government secrets to threatening fundamental freedoms of the press to gather news,” the newspaper’s editorial said last month.

So, here’s the real question: Is the New York Times racist now for criticizing Barack Obama or does that only apply to people who criticize Barack Obama from the Right?