Megyn Kelly has been struggling to maintain a steady viewership after she left Fox News, amid a flurry of insults and hate coming from Trump supporters following the first 2016 Republican Presidential debate.

Her high-profile interview with certified loon Alex Jones was widely publicized and undoubtedly she believed that it would boost her ratings. Unfortunately, that’s not how that happened. 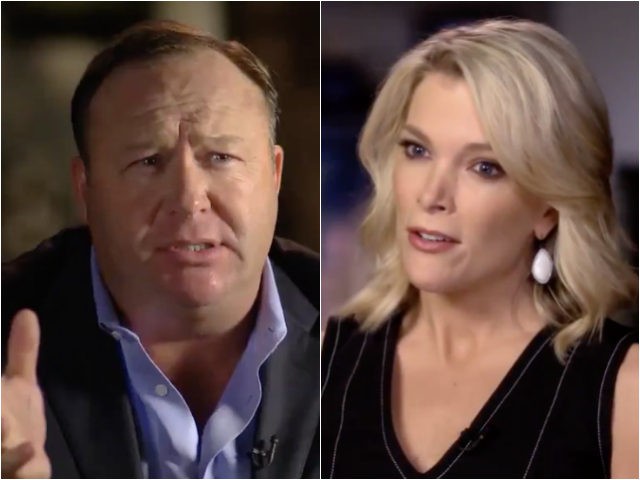 Sunday Night with Megyn Kelly did not see the numbers it expected, despite the airing of an interview between Kelly and InfoWars founder and radio show host Alex Jones.

In fact, her show did so poorly that a re-run of 60 Minutes managed a better audience.

According to The Hollywood Reporter[2], Kelly’s show pulled a meager 0.7 rating in the key news demographic (25-54) and had an average of 3.53 million viewers. While this is just about even with her previous episode in which she interviewed Erin Andrews, it is a sharp decline from her show’s debut episode in which she interviewed Russian President Vladimir Putin. That particular airing received a mighty 6.1 million views.

The re-run of 60 Minutes averaged 5.31 million viewers and an identical 0.7 rating in the news demo.

This is odd, because there was a firestorm surrounding the Alex Jones interview as many called for her to refrain from airing the interview due to Jones’ controversial positions on tragedies like September 11th and the Newtown shooting. Jones himself threatened to leak the full interview[3], believing that Kelly had chopped up the video to make him look like a nutball. (Newsflash, she doesn’t need editing for that. You’re just nuts.)

It’s not entirely certain how the leak affected the interview, or if it had any impact at all on people’s desire to hear what Jones had to say. The New York Post’s Page Six did note[4], however, that NBC was holding “crisis meetings” to discuss how best to react to the leak.