BOOM: Look Who Just Came To Melania’s Defense After She Was Attacked For Reciting Lord’s Prayer [VIDEO] 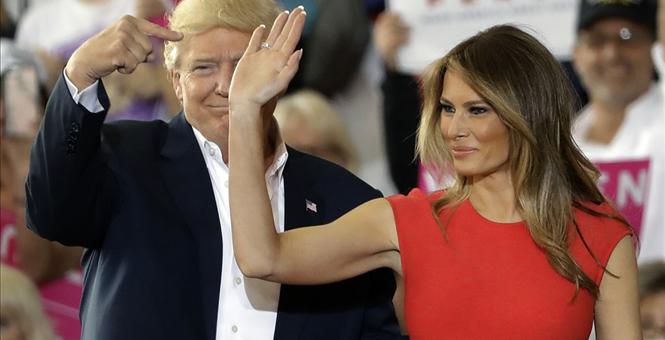 For those who missed it, Melania Trump recently opened a Trump Rally this past weekend by reading the Lord’s Prayer at the beginning. It was a bold and brave move that got quite a loud response from the public. Many felt grateful that she was willing to put herself in a tenuous situation so she could proclaim her faith. But the most vocal responses to the prayer were not in favor of Melania’s brave choice.[2]

Many are angry she would pray a Christian prayer at a rally for the President of a country that is not entirely Christian.

Not every American is Christian.

Taya Kyle had similar sentiments that she felt the need to vocalize and I am 100% behind her on this.

Do you support Melania’s prayer??