Kathy Griffin has taken a beating from practically everyone after releasing a photo of her holding a severed, bloodied head that resembled Donald Trump. The stunt was so disgusting and abhorrent that even liberals condemned her for it. But perhaps no criticism hit as hard as Melania Trump’s did — she was furious over the photo and she did not hold back[1]. 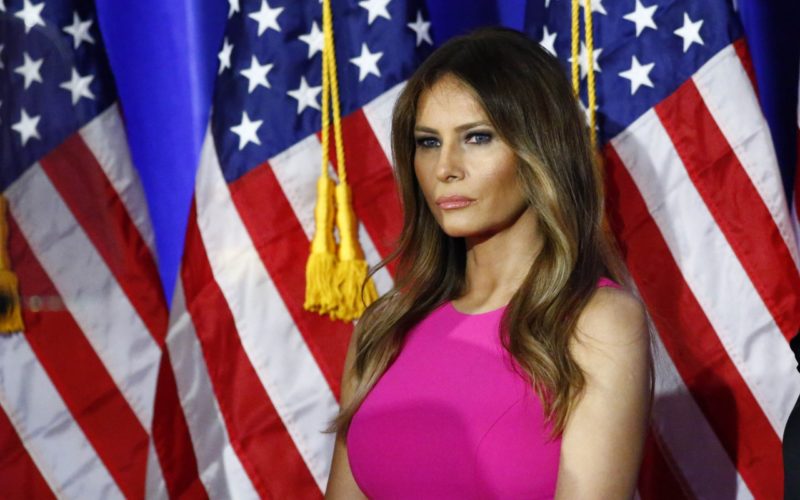 News broke today that Barron Trump, son of Donald and Melania Trump, inadvertently came across the image of Griffin holding the bloody head when he was watching television. The news came on and Barron thought he was actually looking at his father — he thought it was real. So he did what any child would have done: panicked and screamed for his mother. It’s not surprising, therefore, that Melania would have some harsh words for Griffin. No parent should have to comfort their child because they think their father has been beheaded, after all.

“[A]s a mother, a wife, and a human being, that photo is very disturbing,” Melania said. “When you consider some of the atrocities happening in the world today, a photo opportunity like this is simply wrong and makes you wonder about the mental health of the person who did it.”

The president himself also weighed in and like Melania, was concerned with the effect the photo had on his son.

Kathy Griffin should be ashamed of herself. My children, especially my 11 year old son, Barron, are having a hard time with this. Sick!

Griffin did eventually apologize, but not until after suffering a massive backlash, including from liberals like Anderson Cooper and Chelsea Clinton, who slammed her for the photo. The Secret Service also hinted that they might open an investigation over the photo. But at this point, for most people, that apology is too little, too late.