The Daily Mail has settled[1] with Melania Trump for a cool $2.9 million in damages and an apology. It’s a big win for the First Lady against fake news that was spread around about her claiming she was an escort and that her marriage was staged to Donald Trump. Their writing also insinuated that she had a mental breakdown if my memory serves me. It was vile, politically partisan and utterly untrue. It used to be that the press did not print stories on people unless they had verified and validated sources. But lately they get away with murder, smearing anyone they don’t agree with. This time it cost them big.

When these brutal lies[2] were published about Melania, basically calling her an unhinged hooker, she stepped up to the plate and went after them. She can afford excellent legal representation and they didn’t give an inch in the case. The Daily Mail article entitled: “Racy photos and troubling questions about his wife’s past that could derail Trump,” was their undoing and rightfully so. Then they went out and aired the raciest modeling photos of Melania they could find. Melania sued the tabloid for $150 million. They got off extremely cheap with this settlement if you ask me. 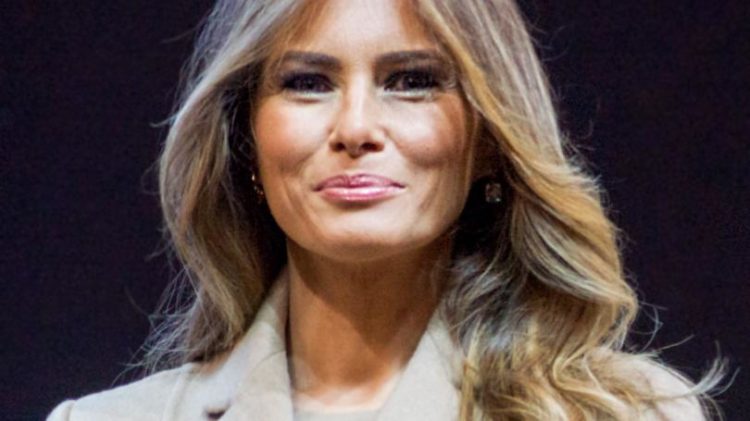 The Mail Online website and the Daily Mail newspaper published an article on 20th August 2016 about Melania Trump which questioned the nature of her work as a professional model, and republished allegations that she provided services beyond simply modelling. The article included statements that Mrs. Trump denied the allegations and Paulo Zampolli, who ran the modelling agency, also denied the allegations, and the article also stated that there was no evidence to support the allegations. The article also claimed that Mr and Mrs Trump may have met three years before they actually met, and “staged” their actual meeting as a “ruse.”

We accept that these allegations about Mrs Trump are not true and we retract and withdraw them. We apologise to Mrs Trump for any distress that our publication caused her. To settle Mrs Trump’s two lawsuits against us, we have agreed to pay her damages and costs.

This isn’t just a legal victory for Melania, it’s a moral one and makes the Daily Mail look like a trashy media rag. She hit them right where it hurt… in the wallet. The Daily Mail retracted the story and issued an apology today. I consider it a very lame one. But I guess it meets the legal requirements.

The “slut-shaming” attack on Melania Trump was just one of many attacks against President Trump’s family. First daughter Ivanka Trump has been the target of numerous media hit pieces and failed retail boycotts by leftists who hate her dad. They’ve even attacked his 11 year-old son Barron and his grandchildren. It’s despicable in the extreme.

Melania has said in numerous interviews that she’s not bothered by haters because she’s a lot stronger than people give her credit for. “People don’t really know me. I’m very strong, I’m very confident,” she said. “I can handle everything. Don’t feel sorry for me.” I don’t feel sorry for her in the least… I respect her strength and bravery. I would say that the media should fear our ferocious First Lady and watch what they say and print about the Trump family.