Ivanka and Melania are WILDLY popular! But who has the highest rating? 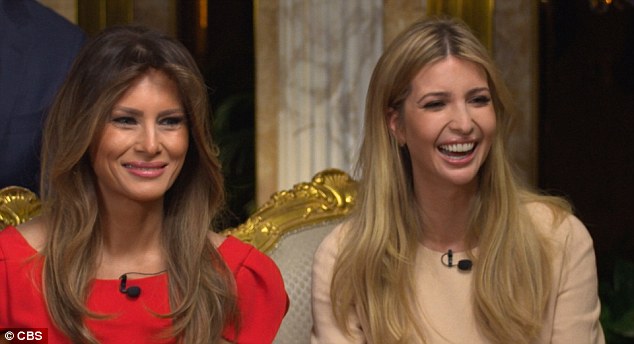 The inauguration has brought a new family into the White House. As we have said goodbye to the Obamas, the Trump family has become the new First Family along with all that entails. Most notably we see the family now in terms of ratings as they work to fulfill the mandate they received upon election.

Donald Trump’s approval ratings have improved recently while he has spent the last week as president. But his ratings are not as high as his wife’s and daughter’s ratings, which have also risen recently. Melania’s rating was significantly lower following the GOP convention where her speech completely flopped after being so similar to Michelle Obama’s speech given previously. Now her ratings stand at 47 percent favorable with 32 percent unfavorable.

But it looks like the first daughter, Ivanka Trump, is just a little more popular than the first lady. Her popularity has risen as well placing her at a 49 percent favorable rating. She has definitely managed to shine this past week and every moment she has spent in the White House.

Both Ivanka and Melania lead their father’s ratings who is at 46 percent approval. Which is actually an improvement.

‘While most have formed their opinion on Donald Trump, about 20 percent of voters still haven’t made up their mind about the First Lady and First Daughter,’ said Kyle Dropp, Morning Consult Chief Research Officer and Co-Founder, according to Politico’s report on its poll.

‘That leaves open an opportunity for Ivanka and Melania to refine their public personas over the next few months as the new administration gets underway,’ he said.

Maybe now is their time to shine.