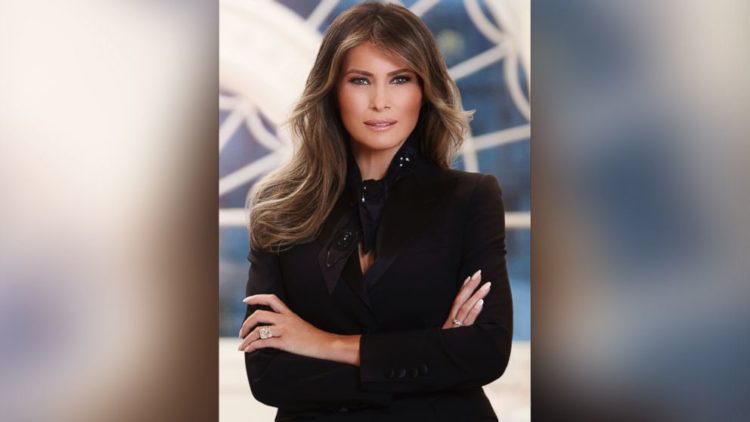 The fashion designer who dressed Melania for her stunning First Lady portrait does not care what liberals have to say to him.

By now we’ve all seen the lovely photo of the FLOTUS, who, as a former model, is already a professional at posing for the camera. In her newly released official portrait she wore a $2,895 Turlington jacket by Dolce & Gabbana. Paired with her 25 karat engagement ring [2]and a fresh manicure, the dark blazer was a perfect fit.

It’s a flawless image, so it’s no surprise that liberals still managed to find a way to be angry. This time, their target was the designer responsible for the jacket, an Italian designer named Stefano Gabbana. Gabbana posted the portrait to his Instagram stating in all-caps, “BEAUTIFUL,” thanking her for appreciating his work. Nice, polite, respectful and obviously flattered that his piece was used in an official portrait.

After one Instagram user labelled the posting “disgusting,” Gabbana fired back. “Vai a cagare,” wrote Gabbana, an Italian insult that roughly translates to ”Go to hell.”

According to People Magazine, that wasn’t the only testy exchange Gabbana found himself in on Tuesday. In response to one user calling for a boycott of his high-end Italian fashion label, Gabbana responded, “Vai a cagare!! Ti boicotto io la testa cretina.”

According to Google Translate, that insult translates to something along the lines of “Go to hell! I’ll boycott [your] stupid head[3].”

This isn’t Stefano’s first rodeo with crazy people attacking him for reposting the Trump ladies who wear his pieces.

He was insulted for posting Melania in this outfit:

And for complimenting Ivanka’s post-baby figure in one of his dresses.