Melania Trump can’t do anything that the left doesn’t jump all over. She sent out an urgent message to her followers that those in the path of Hurricane Irma should stay safe and listen to law enforcement. That’s a caring and good message, but the left pounced. Irma at one point was the strongest hurricane ever recorded in the Atlantic and is the size of France. This morning, it made landfall in Cuba and has dropped to a Category 3 hurricane. But it is projected to strengthen over the warm waters around Florida to a Category 4 or 5 by the time it hits the Sunshine State. Melania warning people there is a prudent thing to do.

5.6 million people in Florida have been advised to evacuate. Those staying are putting up hurricane shutters, weighting everything down, putting out sand bags and are hunkering down and praying for the best. Storm surge in some areas could be 12 feet and deadly. Hurricane winds will last around nine hours and tropical storm winds will go on for another 24 hours. The damage will be devastating. One to two feet of rain is expected. A state of emergency has been declared. But the left seemingly has nothing better to do than attack the First Lady. 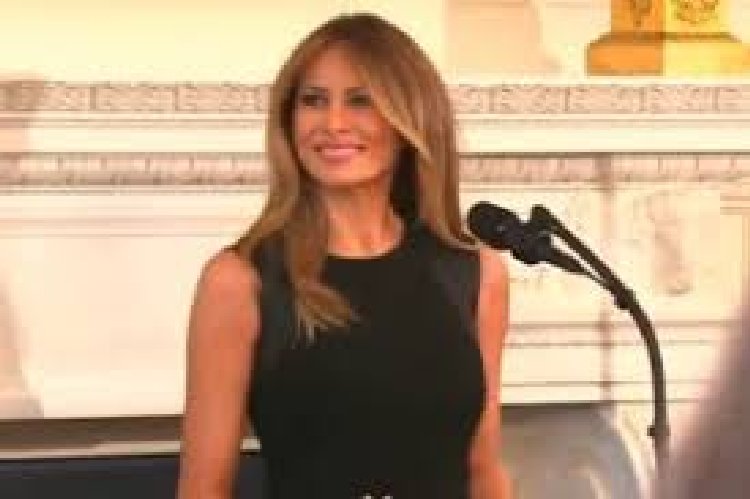 Melania sent out a heartfelt message, “If you are in or near projected path of Hurricane Irma please listen to local law enforcement in the area. Stay safe!!!” The jabs started right away: “Don’t forget your stiletto heels though,” one moron wrote. And it devolved from there on as you can imagine. Melania is a good person. She’s beautiful and brilliant and that just irks the left to no end. She’s a fantastic mother and loves children. And despite what they think, she really does care about those in Hurricane Irma’s path.

I don’t see any of these people doing anything for the victims of Harvey or Irma. Melania says a kind and caring thing and all they can do is wish her ill will and make fun of her. What asshats. Seriously, the Trumps gave a $1 million dollars to help with Hurricane Harvey. They’ve gone to Houston twice to help and cheer people up. Trump has given them all he can and he’s doing the same in Florida. The Trumps are living what they are preaching here. What are the trolls on social media doing? Nada. They are full of hatred, envy and bitterness. I’m sure Melania just considers the source.

If you are in or near projected path of #HurricaneIrma[2] please listen to local law enforcement in the area. Stay safe!!!

WHAT FOOTWEAR DO YOU SUGGEST

As if you give a crap. Seriously.

Get out of our WH with your treason husband! Where's the peeped tapes? Enjoy?

Will you please go down there? Don't wear a jacket. Just your heels…

Don't forget your stiletto heels though