Michelle Obama was praised widely by liberals for her fashion sense, while others criticized her fiercely for it. Melania Trump, meanwhile, was a model before she was First Lady. So when one of Michelle Obama’s dress designers refused to style Melania Trump[1], it wasn’t altogether surprising. 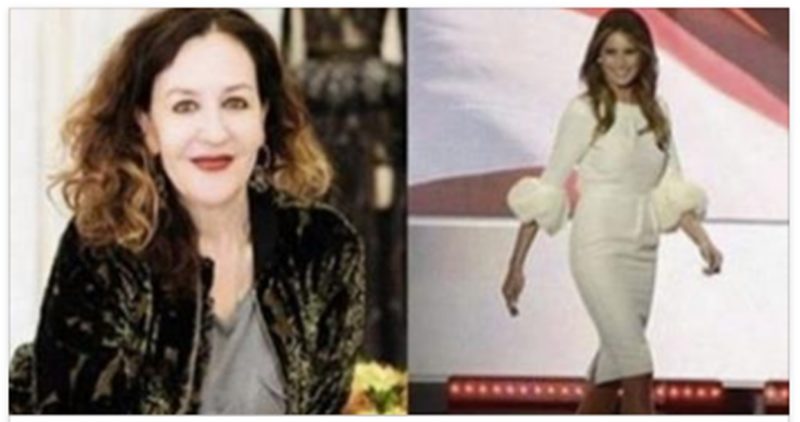 Sophie Theallet is a French fashion designer based out of New York City and she frequently styled Michelle Obama during her eight years in the White House. During the presidential election, she preemptively announced that she would not dress Melania Trump if her husband, Donald Trump, won.

Theallet said that she did not want to be associated with Trump because he was divisive during the campaign and because she disagreed with his policies. “As an independent fashion brand, we consider our voice an expression of our artistic and philosophical ideas,” she wrote in an open letter. “The Sophie Theallet brand stands against discrimination and prejudice. Our runway shows, ad campaigns, and celebrity dressing have always been a celebration of diversity and a reflection of the world we live in.”

She further added that his policies, particularly on immigration, prevented her from getting involved with the Trump White House.

“I am well aware it is not wise to get involved in politics,” she said. “That said, as a family-owned company, our bottoms line is not just about money. We value our artistic freedom and always humbly seek to contribute to a more humane, conscious and ethical way to create in this world.”

“As an immigrant myself in this country, I have been blessed with the opportunity to pursue my dreams in the USA,” she continued. “Dressing the First Lady Michelle Obama for the past 8 years has been a highlight and an honor. She has contributed to having our name recognized and respected worldwide. Her values, actions, and grace have always resonated deeply with me.”

She concluded, “As one who celebrates and strives for diversity, individual freedom, and respect for all lifestyles, I will not participate in dressing or associating in any way with the next First Lady. The rhetoric of racism, sexism, and xenophobia unleashed by her husband’s presidential campaign are incompatible with the shared values we live by. I encourage my fellow designers to do the same. Integrity is our only true currency.”

Do you think it is wrong for Theallet to refuse to dress Melania?