Mother’s Hero Son Dies In Afghan Under Obama’s Watch, No Call Until Now – FROM MELANIA! 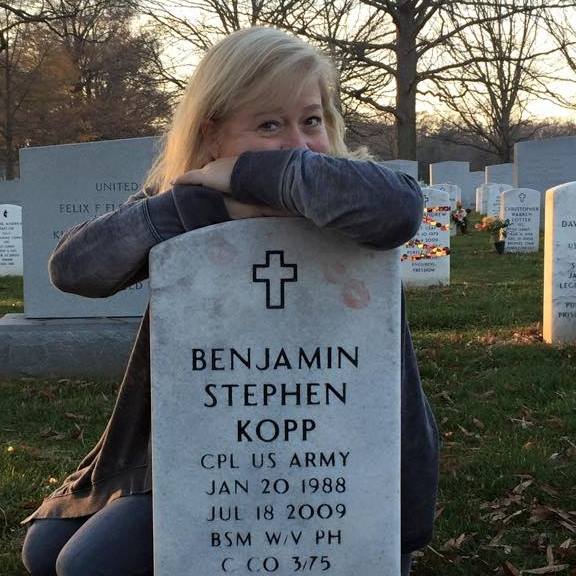 In 2009, Jill Stephenson heard the news that her son, a U.S. Army Ranger had been shot in the leg on his tour in Afghanistan. At the time, she thought her son Benjamin Kopp was only expected to lose his leg, but after being transferred to Walter Reed Hospital, he succumbed to his injuries and died eight days later.

“When I got the call Ben was shot, my heart fell into my stomach. I was told he was shot in the leg and had undergone surgery and was recovering.”

She said that her first idea was that he might have lost his leg and he died at the age of 21.

Since then, Stephenson has traveled to Arlington National Cemetery twice a year to visit her son at his grave site, in mid-December for Wreaths Across America and over the Memorial Day weekend.

Before her first scheduled trip this year, she had attended an event where the Ambassador from Afghanistan was presenting. Dr. Hamdullah Mohib spoke to the crowd gathered in Virginia Beach. She described the event saying that she “had no idea what [she] was about to hear” and that she was deeply moved by Dr. Mohib who “expressed his gratitude for being asked to speak at the event and then went on to thank the combat wounded veterans and Gold Star families for the sacrifices given for his country.” He went on to list a few of the positive changes in Afghanistan, all thanks to American military intervention, saying that there was a decreased mortality rate with an increased literacy rate and that there were now more “educational and employment opportunities for women and children,” as well as improvements in health care and nutrition. He said that the Armed Forces were, in fact, “humanitarian in nature.” 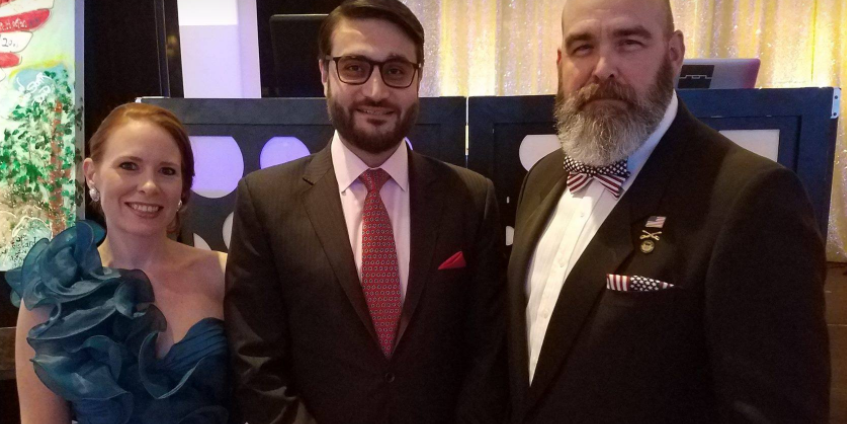 Stephenson said that she was crying within two minutes of his speech, because she had never heard anyone thank her for her son’s sacrifice and she later shook his hand then gave him a big hug, saying that his gratefulness moved her.

And even after all she had been through, she never received a call from Barack Obama.

But now, she said she has received a letter from Melania Trump: 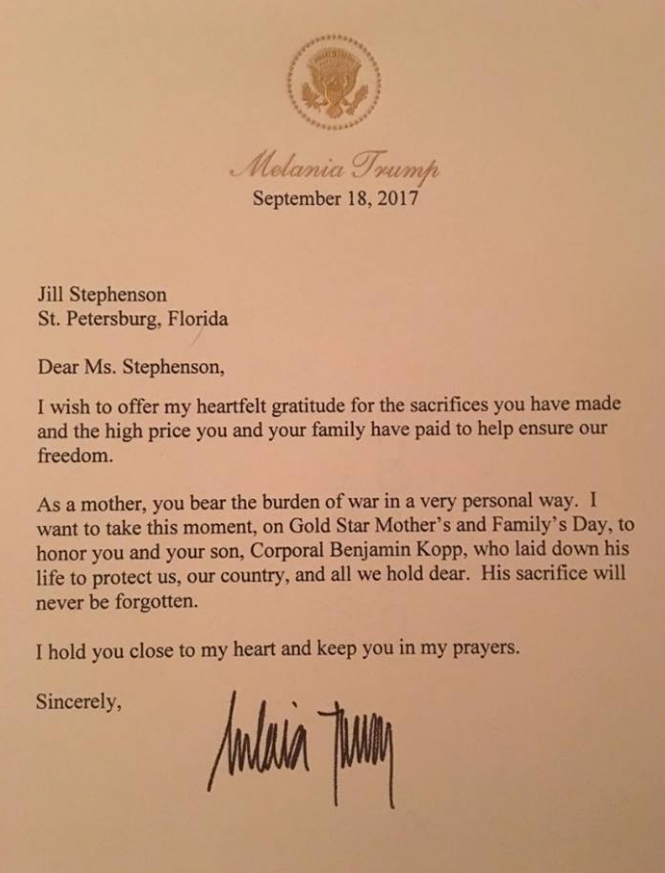 Meanwhile, Obama inherits a legacy of sacrificing Navy SEAL lives[4] for the deserter Bowe Bergdahl. Donald Trump wasn’t lying to the press when he said that the Obamas were not calling their Gold Star families and now it’s taking the lovely Melania to go back and make sure that no fellow mother is left behind and unappreciated.