Netanyahu’s Wife Just Called Melania – They Have Plans Already Made! 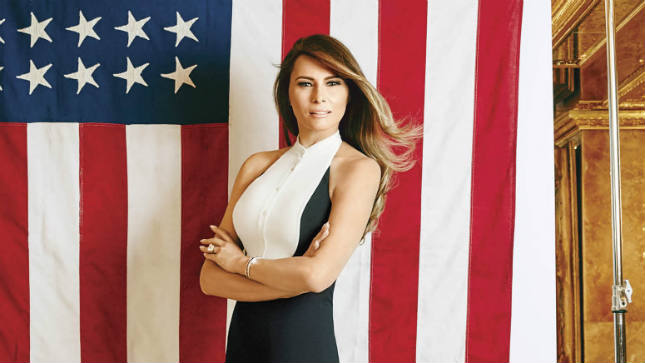 With the election of Donald Trump, relationships with the country of Israel seem to be improving. It is hopeful that repairs will be made to the badly damaged relationship cultivated by the Obama administration.

Netanyahu posted on Facebook about a conversation that took place between his wife and the new First Lady, Melania Trump.

“This evening Mrs. Sara Netanyahu called Mrs. Melania Trump to congratulate her on becoming the First Lady of the United States. The two look forward to seeing each other soon in Washington and to working together to strengthen the ties between Israel and the USA,” the prime minister said on his Facebook page. 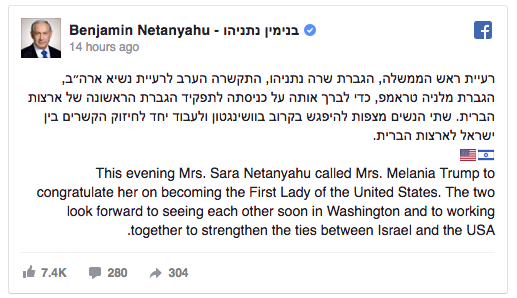 “Mrs. Sara Netanyahu called ‪@FLOTUS Melania Trump to congratulate her on becoming the First Lady of the United States. The 2 ladies look forward to seeing each other soon in Washington & to working together to strengthen the ties between Israel & the US,” the prime minister’s spokesman, Ofir Gendelman, posted in a pair of tweets.

This was not the first time that the pair conversed together. They also spoke after the election in October.

“Mrs. Trump said that she looks forward to our visit at the first opportunity and that there will be wonderful relations between our countries and our families,” the prime minister said at the time on Facebook.

According to the prime minister’s post, his wife and Melania Trump “discussed the great challenge of raising children under the spotlight that accompanies their fathers who were elected as world leaders. Additionally, they discussed the great importance of emphasizing family time as part of their role as mothers in order to enable their children to grow up in a normal way like all their friends.”

Looks like we are off to a good start.