What Those Advocating Cop Killings Should REALLY Be Called [Meme] 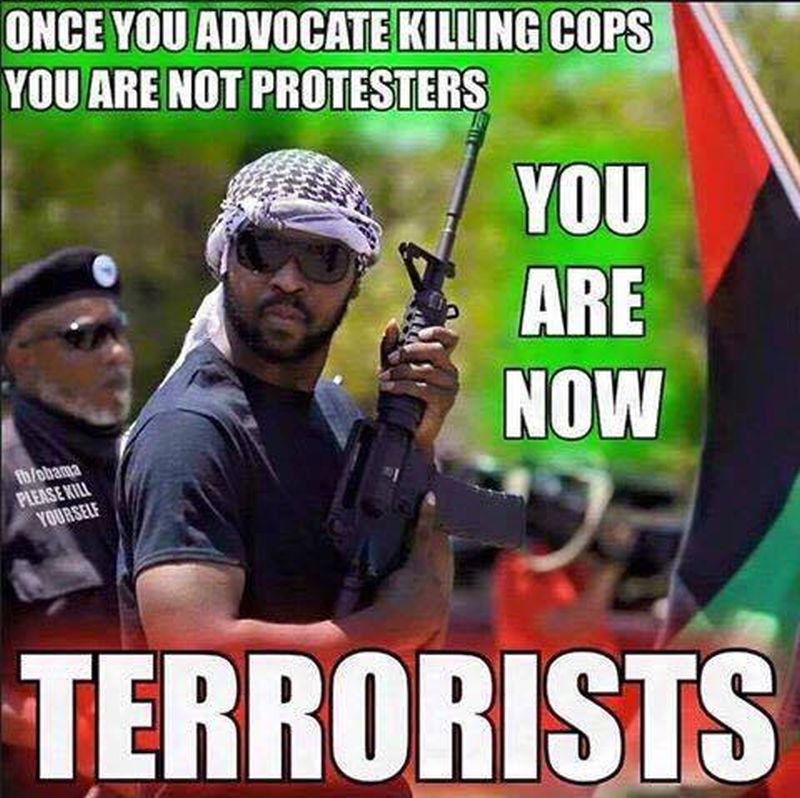 Three other officers[3] were ambushed in other states on Friday in the wake of 12 officers being shot in Dallas, with five of them dying. One officer in Missouri is clinging to life today after being ambushed at a traffic stop while walking back to his patrol car. The suspect got out of his car and shot the officer three times. Tell me that wasn’t an ambush and attempted execution. ID and motivation are not being released. They say the sniper in Dallas operated by himself. If he did, he had outside support, I’m sure of it. These thugs and murderers are tied together through groups such as Black Lives Matter, the New Black Panthers and the Nation of Islam. I’m sick to death of hearing… ‘they are crazy’ or ‘they aren’t affiliated with BLM’. I think officials are trying to stop a race war, but cops are being slaughtered. These are terrorists… stop making excuses for them! 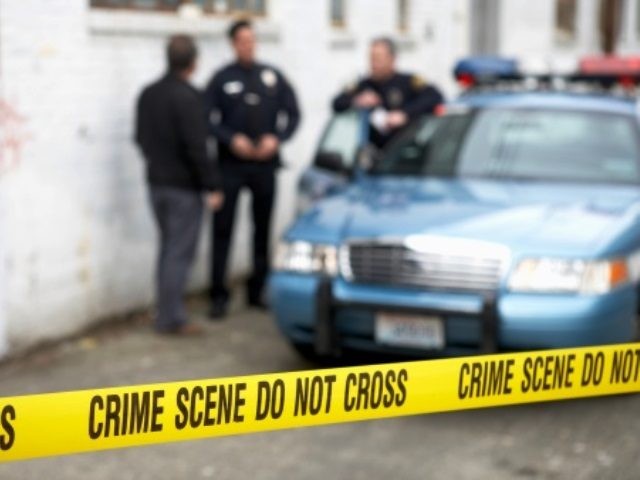 Police officers in three different states have been ambushed around the time-frame of the Dallas shooting that left five officers dead and many others injured. Officers were shot in what authorities described as “ambushes” in Missouri, Tennessee and Georgia Friday.

A Ballwin, Missouri, police officer is clinging to life on Friday after being shot during a traffic stop. The officer stopped a speeding car at about 11 a.m., the St. Louis Post-Dispatch reported[5]. As the officer was walking back to his car, the suspect exited his vehicle and walked briskly towards the officer. He then fired three shots at the officer.

“Make no mistake, we believe that Ballwin officer was ambushed,” St. Louis County Police Chief Jon Belmar told the local newspaper. The suspect fled in his vehicle but was captured a few miles away. A pistol was recovered from the vehicle. The suspect has a previous felony record and is currently on probation on a gun charge. He was also on probation for a stolen vehicle charge in Oklahoma from 2011. In 2015 the suspect was paroled in California on a firearms charge. The suspect was not identified by name or description and a motivation for the “ambush” was not given.

Per Breitbart, in a shooting described by CBS News as “similar to the Dallas ambush,” a Bristol, Tennessee, police officer was shot by a man who allegedly killed one other person and injured two others. Preliminary findings by the Tennessee Bureau of Investigations (TBI) indicate the suspect, 37 year-old Lakeem Keon Scott may have been targeting people and officers because he was “troubled by recent events involving African-Americans and law enforcement officers in other parts of the country.” Scott was armed with a semi-automatic rifle and a pistol, a local CBS affiliate reported. This shooting took place on Thursday morning, before the Dallas shooting. A Valdosta, Georgia police officer was shot on Friday morning while responding to a call of damage to an apartment complex, NBC11 reported. The suspect reportedly called police reporting his vehicle had been broken into. When Officer Beck responded, Hancock allegedly exited his vehicle with a handgun and fired on the Valdosta officer. The Georgia Bureau of Investigation said Officer Beck was shot in the abdomen, beneath his protective vest. He returned fire striking the suspected gunman. Both officers were taken to respective hospitals and are in serious condition. It’s hard to see this as anything other than war in our streets against our police officers.