All Conservatives Would Raise A Glass To Hillary For THIS……[Meme] 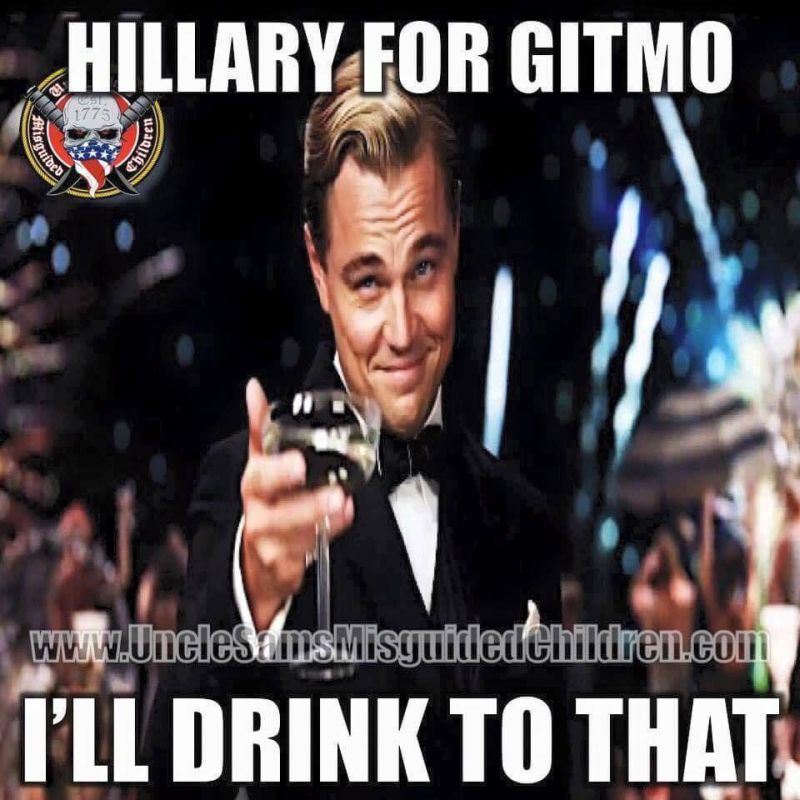 We all know that Hillary deserves nothing short of a prison sentence – but with the liberal media and the Obama administration, will she EVER face charges? It doesn’t seem likely, but we can always hope and pray that SOMEONE might see through this charade of justice:

So the FBI is investigating the stench of corruption wafting out of the Clinton Foundation. You might ask, so what? Obama’s politicized Injustice Department will quash it, no matter how obviously criminal Shrillary’s behavior, just as it did when James Comey was persuaded not to recommend indictment for the various felonies she committed pertaining to her email scandal. But this time could be different.

The current investigation centers on the main offices of the Clinton Foundation slush fund in New York City. It has been initiated by a pit bull named Preet Bharara. Via Hot Air:

If you’re not familiar with Preetinder Singh “Preet” Bharara – the US Attorney for the Southern District of New York, centered on New York City and surrounding counties – then you haven’t been following our ongoing coverage of his prosecution of numerous New York elected officials over the past few years. The man is absolutely fearless when it comes to persons of political power and maintains a reputation for the apolitical pursuit of justice generally only applied to the movie version of Eliot Ness. He’s knee deep into multiple investigations of corruption by New York City Mayor Bill de Blasio while simultaneously digging through the offices of Governor Andrew Cuomo himself, as well as the entire executive branch of state government.

He produces results, too. He’s already taken down the Republican state senate Majority Leader and the Democratic Speaker of the Assembly, a guy who was considered the most powerful man in state government for decades. And those weren’t slaps on the wrist or simply embarrassing revelations. Both of them got serious jail time. Sources I’ve spoken to in New York law enforcement have described Bharara as The Terminator. When he gets his teeth into something he simply does not stop – ever – and he’s impervious to threats from those in positions of power.

They said Comey was principled too, yet after the screws were tightened off stage, he let Shrillary skate while openly acknowledging that anyone else who tried it would likely go to prison. We’ll see if Bharara can live up to his impressive reputation.