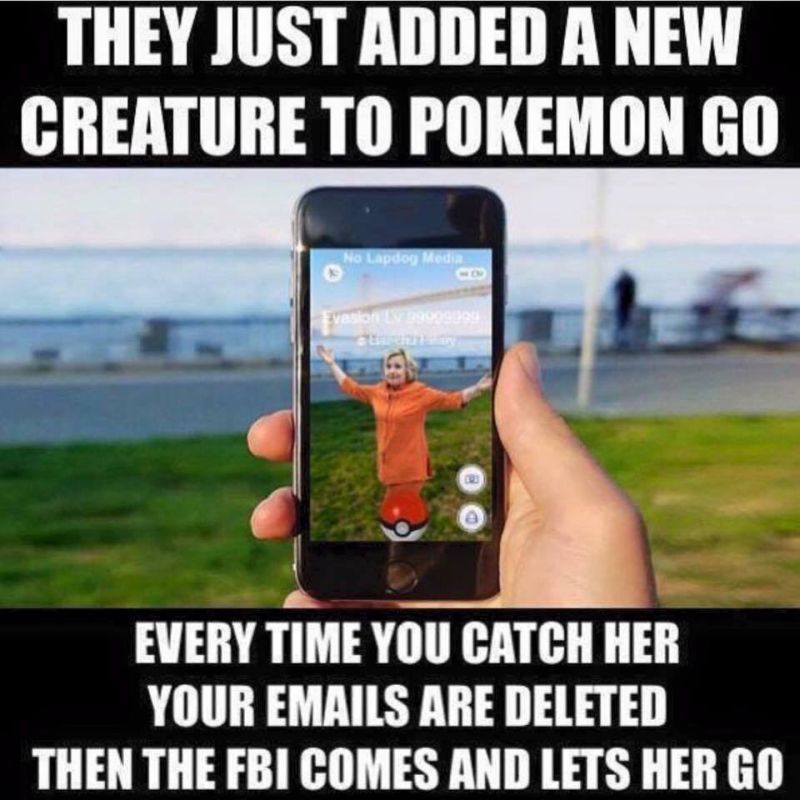 Are you part of the Pokemon GO craze? On the bright side, the game has done more to get kids off the couch[3] than 7 years of Michelle Obama’s “Let’s Move!” push. These things are showing up everywhere. People are walking all over my workplace looking for them (I caught people making an arm motion like they were throwing something at me twice yesterday), and I saw a bunch looking at their phones walking around the golf course. They didn’t have clubs. Heck, even the US Marines[4] noticed them.

But, see, there’s a bit of a problem, because we’re getting things[5] like this[6]

We do not consider playing "Pokemon Go" to be appropriate decorum on the grounds of ANC. We ask all visitors to refrain from such activity.

As many have noted, it’s a shame that people have to actually be told this. Here in the Triangle, both the Wake Forest and Apex police departments are concerned

(WTVD[11]) Local law enforcement are warning of the real dangers associated with a virtual gaming app that’s sweeping the nation.

Pokemon Go, the free app that allows users to superimpose a digital world onto the real one while catching animated Pokemon characters, launched this week.

In parts of the country, police have responded to assaults and robberies due to unsuspecting gamers being lured into the path of criminals.

In Apex, police have responded to six calls in three days about reports of a suspicious person or someone trespassing. Incident reports show groups of people are being spotted lurking in front of businesses after hours and even people’s backyards late at night.

The Wake Forest PD offered a list of advice

Like with the Holocaust Museum and Arlington Cemetery, did we really need to be told this? Apparently so. Heck, the Wake County Sheriff’s Office[12] actually had to explain what to do when there’s a stopped school bus.

Overall, though, Pokemon GO seems to be a pretty good game for *ssssshhhh don’t tell them* getting people up and about. I don’t play it myself, not the type of game that interests me, but, people are having fun. They just need to be careful.