This is hilarious because it is totally accurate! 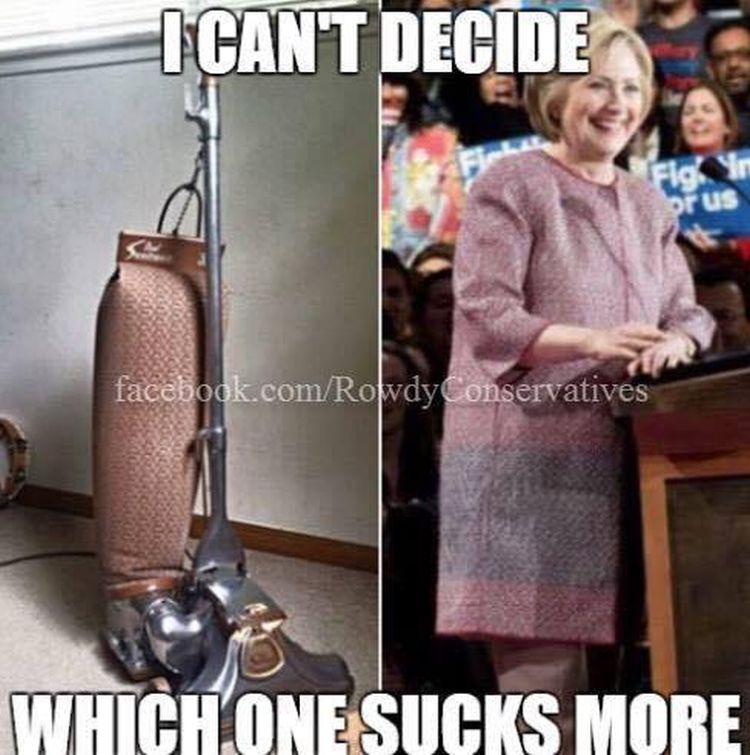 Some believe that soon after Tuesday’s final presidential primaries the FBI will interview Hillary Clinton about her handling of emails while she was secretary of state. What comes next is the subject of much speculation.

One of the better speculators is Bradley Blakeman, who served as a member of President George W. Bush’s White House staff.

We spoke in the “green room” at Fox News before our separate interviews. The following is culled from our conversation.

Blakeman says the FBI has deliberately waited to interview Hillary Clinton until after the primaries because the bureau did not want to interfere with the nominating process. He thinks the FBI is “likely” to recommend to the Department of Justice whether or not she should be indicted for violating what she says are agency rules and what others call the law between now and the Democratic National Convention in Philadelphia, which begins July 25.

If she is indicted before the convention, Blakeman says, it will give the party an opportunity to make changes in the rules that could result in an alternate nominee.

Here is the intriguing part about Blakeman’s scenario: “If a grand jury is empaneled, or if she were to be indicted before the convention, the Democrats would have to let her go.” If an indictment were to come after the convention, he says, it presents a different problem because each state needs to certify their ballots before November. If an indictment occurs after the states have certified their ballots, it would be nearly impossible to replace Hillary Clinton with another candidate.

Here’s where things might get even more interesting. In states where ballots have been certified, the party would have to go to court to ask that Clinton’s name be replaced. “They also have another problem,” says Blakeman. “Once the convention ends, how do they reconvene to substitute Hillary? They have no rules for that.”

What if a court denies a ballot change? Blakeman says the Supreme Court would almost certainly have to decide. That might look to many like a replay of the 2000 election in which the court certified Florida’s vote count, awarding the state’s electoral votes — and the election — to George W. Bush.

But what if the court — with its one vacancy — divides 4-4? In that case, the lower court ruling would prevail and if that court decided to strike Hillary Clinton’s name from the ballot, a write-in would be the only option.

“Timing is not on Hillary’s side,” says Blakeman, who thinks “the silver lining for Hillary is that, if she were indicted, there is no doubt Obama would pardon her on January 19 as he walks out the door. She will never have to answer for her crimes.”

What about any others who might be indicted, such as top aides Huma Abedin and Cheryl Mills? If they are indicted, but not pardoned by the president, will they go public? It’s the stuff of big book contracts.

Should any of these scenarios prove true, as Blakeman thinks they might, President Obama, unlike President Ford and his pardon of Richard Nixon, will never have to face the voters and be held accountable for his action.

In this unpredictable election season, any one — or all — of these scenarios are possibilities, including the ultimate scenario: the delegates turning to Vice President Joe Biden to save them from Hillary and defeat in November.