It’s absolutely CHILLING to think who Obama is letting into our country. Facts are facts, my friends, and numbers just don’t lie: 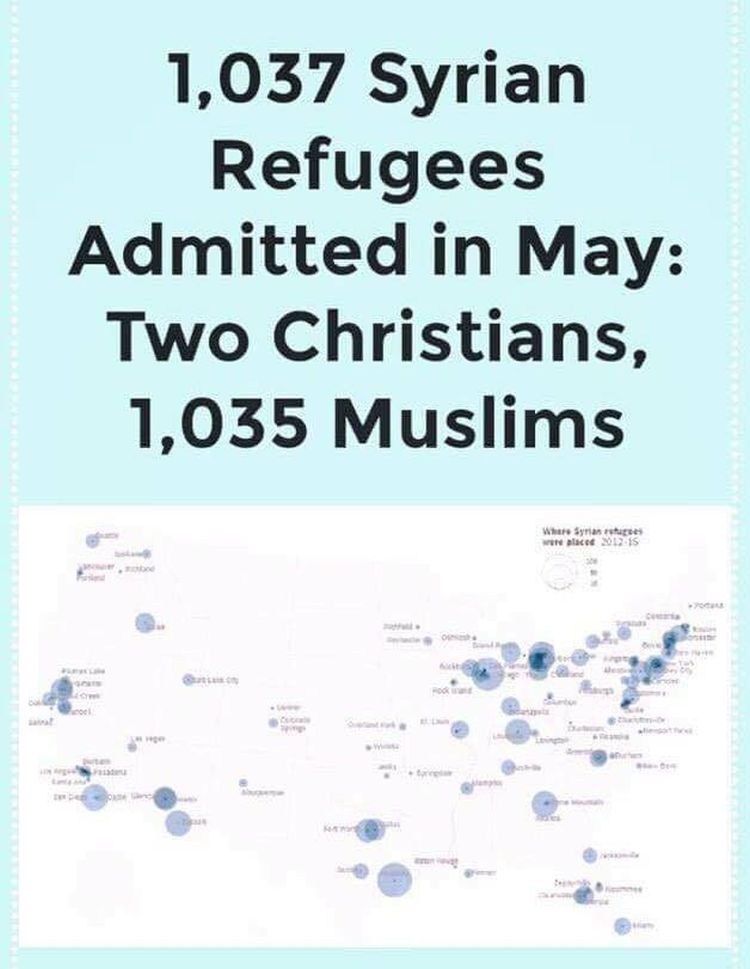 The U.S. is at war with radical Islam. However, because American authorities are infinitely more concerned with offending the delicate sensibilities of Muslims in America than they are with fighting and winning (or even acknowledging the existence of) this brutal war, they continually turn a blind eye to the dealings of terrorists. One such outrage is occurring regularly as suitcases of taxpayer dollars are being funneled to Muslim nations and the U.S. seems determined to do nothing to stop this behavior.[3] 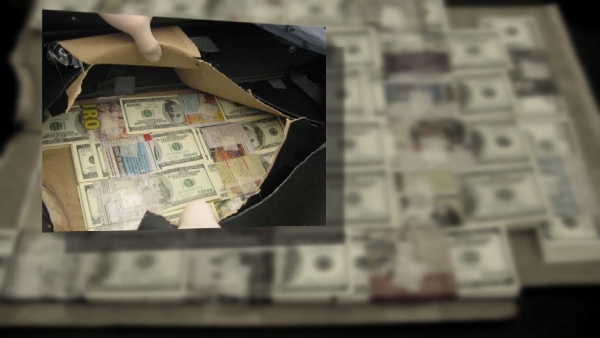 Transporting large amounts of cash overseas is perfectly legal. But it was who was carrying the money … and where it was going that caught the attention of law enforcement, according to a report by KING 5[5], the local NBC affiliate for western Washington.

Those hauling the cash-laden cases were Somali-Americans who’d come to this country as refugees. They routinely send money back to Somalia. And many of the greenbacks headed to the jihadist-infested East African country come from welfare checks the refugees receive from the U.S. government, compliments of American taxpayers.

Carrying more than $10,000 while traveling out of the United States is legal as long as the traveler declares it by filling out a one-page federal form.

It was while looking at these slips of paper that terrorism expert Glenn Kerns found a disturbing pattern.

“The thing was the amount, the staggering amount,” said Kerns, a Seattle police officer who was assigned to the FBI’s Joint Terrorism Task Force for 14 years before he retired in December.

The cash couriers were working for hawalas – businesses that derive their name from the Arabic word for “transfer.” Hawalas are part of a traditional system of banking in Shariah-compliant Muslim communities.

Seattle and King County are home to the fourth largest Somali community in the United States. More than 132,000 Somalis have come to the U.S. as “refugees” since 1983, with more than 60 percent arriving since the late 1990s.

The Somali refugees continue to arrive in the U.S. at a rate of 750 a month, placed in dozens of U.S. cities including Seattle, San Diego, Minneapolis, Atlanta, Lewiston, Maine; Fargo, North Dakota; Boise and Twin Falls, Idaho; and Columbus, Ohio, among other places.

Many use the hawalas to send money back to their families in Somalia.

But is all of it going to downtrodden family members?

That’s the question Kerns wanted the U.S. government to investigate.

It would make sense, since Somalia is home to an active jihadist rebellion from al-Shabab, an al-Qaida affiliate that slaughters Christians in neighboring Kenya and seeks to establish an ISIS-like caliphate in East Africa.

“(They) have Al Shabaab, which has been designated a terrorist organization, and our concern is how much money is going to them?” Kerns told KING 5.

If it’s happening in Seattle, it’s likely happening in Minneapolis, Columbus, San Diego and other cities where large Somali communities have been resettled by the U.S. government in cooperation with the United Nations High Commissioner for Refugees.

Which leads to the next set of logical questions: Where is all this money coming from and why isn’t the federal government interested in investigating where it’s going?

U.S. banks have gradually phased out the wiring of money on behalf of hawalas because they don’t want to be held liable for failing to report suspicious activity.

In March 2015 the last bank serving hawalas – Merchants – shut down the last remaining accounts of hawalas that wired money to Somalia, KING 5 reported. That left the hawalas with no other option but to ferry cash overseas the old-fashioned way – in the suitcases of their customers.

He investigated the 10 clients who transferred the most money through hawalas last year and what he found was astounding.

“All 10 of them were on welfare benefits. DSHS benefits,” Kerns told KING 5. “It’s fraud. Straight up fraud – every one of them.”

Kerns said he, along with an agent from a federal agency he would not disclose, took their case to the U.S. Attorney’s Office in Seattle.

“They don’t want to touch it,” said Kerns. “My opinion – I believe it’s because it will look like they’re targeting a certain population.”

These statements from Diss underscore the influence and power of Shariah law within the global Islamic community, including the one right here in America, says Philip Haney, co-author of the new book “See Something Say Nothing: A Homeland Security Officer Exposes the Government’s Submission to Jihad[6]” with veteran WND journalist Art Moore.

“This ‘concern’ about ‘unfair restrictions’ has been the basis of every attempt of Muslim Brotherhood front groups to overturn cases such as the 2008 Holy Land Foundation trial,” Haney, a former DHS investigator who retired last year, told WND.

This trial sent dozens of Brotherhood members to jail and led to its front groups, such as the Council for American-Islamic Relations or CAIR being labeled as unindicted co-conspirators in a plot to transfer money overseas to Hamas, a designated foreign terror group.

Al-Shabab in Somalia is on that same list of terrorist organizations. Obama’s Justice Department shut the Holy Land Foundation trial down in 2009 despite its success in rooting out an underground network of financial donors to Hamas under the cover of “charity.”

The Obama administration’s overriding fear of interfering with Muslim “charity” — which is one of the Five Pillars of Islam known as Zakat — was also exposed by a little-known entry buried in the Federal Register on Feb. 5, 2014. This change in policy was not processed through Congress or even highlighted by a presidential executive order. Nobody from the media noticed it but it carried great weight in changing the way federal agents like Haney did their jobs. In one fell swoop it negated their ability to stop jihadist sympathizers from entering the U.S. or from claiming taxpayer benefits once they are here.

It showed up as an obscure amendment to what is known as the “terrorism inadmissibility grounds” or TRIG[7] within the Immigration and Nationality Act.

The decree gave the attorney general, the secretary of Homeland Security and the secretary of state “discretion” to ignore financial contributions by immigrants to known terrorist outfits if it was determined these donations amounted to “limited material support” and were “routine social transactions” carried out in the “satisfaction of certain well-established or verifiable cultural obligations.”

“The terms ‘routine transaction’ and ‘well-established cultural obligations’ are legalese for zakat (Islamic charity), which became the focus of a barrage of disinformation after the Holy Land Foundation was indicted on July 26, 2004 for financial support of Hamas,” Haney said.

A curious statement from Obama on ‘zakat’

This DHS-DOJ ruling, as entered in the Federal Registry, was a partial fulfillment of President Obama’s pledge during his historic “A New Beginning” speech in Cairo, when he declared:

“Freedom of religion is central to the ability of peoples to live together. We must always examine the ways in which we protect it. For instance, in the United States, rules on charitable giving have made it harder for Muslims to fulfill their religious obligation. That is why I am committed to working with American Muslims to ensure that they can fulfill Zakat.”

Why is this even important? Haney believes he knows why.

“Because Shariah law demands that 1/8 of all Zakat must go to the support of the Mujahidin (jihad fighters), wherever they may be in the world,” he said. “Do you suppose President Obama might have known this, when he used the word zakat in his speech?”

Our nation is still the most powerful nation on Earth. We combatted some of the world’s most aggressive military forces and we stared-down communist oppression.

However, it seems that our nation is dedicated to a path of self-imposed destruction. Our destruction comes not from a nuclear bomb lobbed from a warring nation, but from terrorism that we are determined to facilitate under the premise of so-called “tolerance.”

We need to wake up.