This is why safe spaces and gun free zones just are not a reality, folks. No one ever thought we could shut down an invading enemy with nice words or actions. It just isn’t a thing. We grab our guns. Because America. 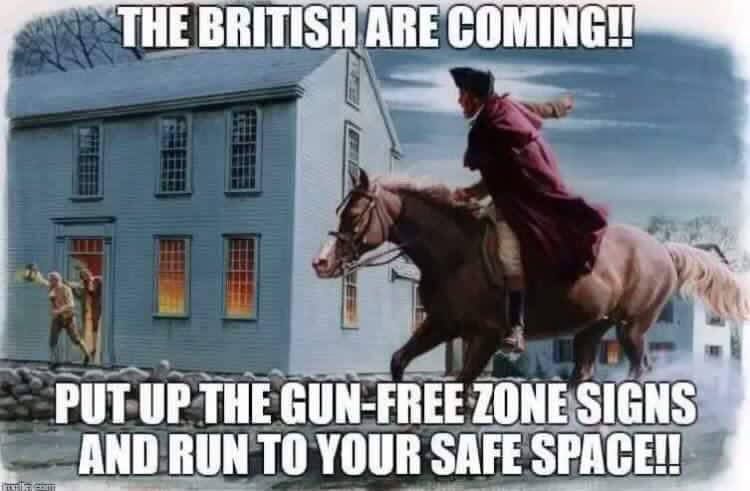 This is just an amazing way that a student stood up for herself and called BS on the so-called ‘safe spaces’ her college offered.[3] 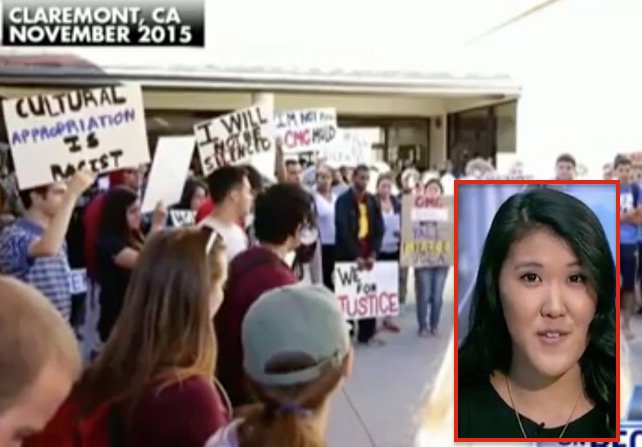 Students at a California college are now creating racially segregated “safe spaces” where they can whine and complain about “white privilege” – but a minority student exposed them to the world for the ridicule they deserve!!

Watch the report below from Fox News:

And how did the students respond when their idiocy was exposed? They lashed out at Sandra and called her a “shady person of color”!! Can you imagine the furor if a conservative had done that to a liberal?

I’m picturing CNN and MSNBC hosts with tampon-earrings marching off with low-carbon-emission torches and fair-market-produced pitchforks to tar and feather the non-conforming free-thinking offenders!!

But really, the more alarming aspect of this story is that we’re churning out these “precious snowflake” social justice warriors who know absolutely nothing useful, but spend their time griping about “privilege” and organizing grievance groups. They are self-indoctrinating into a useless, sad, and unhappy existence.

We can point and laugh, but remember that we’re going to hand off the country and the world to these dim-witted morons some day. And they’re not going to be able to hide away in a “safe space” after that happens.

We need to praise and support the rational, reasonable students like Sandra Yoh who are willing to stand up to these pseudo-fascist morons – they’re the ones that we can trust to lead the world and the country!!

Of course, our media helps indoctrinate children long before they go to college by praising these idiots and holding them up as examples to be emulated.

Here’s the last time these morons at Claremont McKenna got riled up – they got a Dean of Students fired over a photo that “offended” the special snowflakes there.

C’mon it was just a picture!! I’m an American of Mexican decent and that photo makes me laugh!! I would have enjoyed the party!!

And these idiots believe that they’re actually improving humanity with their constant whining and protesting. They’re being taught that protesting helps humanity more than getting a job and raising a family. No wonder they all look so miserable.

This is just awesome. What do you think? Sound off in the comments below!