Liberals Choice VS. Conservative Choice During The Olympics Is SICKENING [Meme] 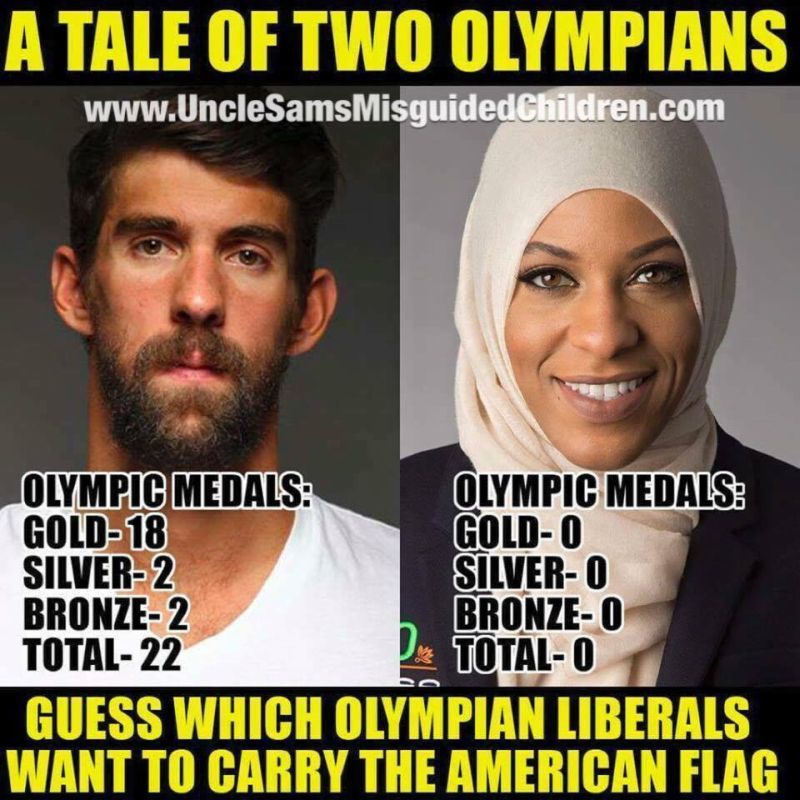 For no apparent reason, the first American muslim to wear a Hijab to the Olympics decided it was necessary to trash America on the world stage.

Ibtihaj Muhammad is the first American Muslim to compete in the Olympics wearing a hijab.

And Muhammad, a New Jersey native, made some controversial comments about the U.S. just one day before the Rio Olympics began.

“[I feel unsafe] all the time. I had someone follow me home from practice and try to report me to police. And this is right on 28th and 7th in New York City…

I want people to know that as hard as [these racist incidents] are on me, they don’t come even close to things we’ve seen like the shooting in North Carolina or the rhetoric around the Khan family at the DNC.

It’s ridiculous and we as a country have to change and I feel like this is our moment.”

Then, in an interview with the Associated Press[5] on Monday, Muhammad said she hopes that her appearance in Rio makes life “easier” for Muslims in America:

“I’m hoping that with my first-time appearance as a member of Team USA here at the Olympics, I’m hoping that the rhetoric around the Muslim community will change,”

Really? Was that really the time and place to air your dirty laundry? Everyone is trying to have a good time, which is hard enough to do with Zika, thefts and water couches. Don’t try to make this about you.