How Liberals Think Police Should Fight Off Criminals

Sadly, this is pretty much how liberals react to police defending themselves against common thugs. I don’t know how they expect criminals to follow laws or respond to this PC crap, but someone needs to draw a hard line SOMEWHERE on this ridiculousness: 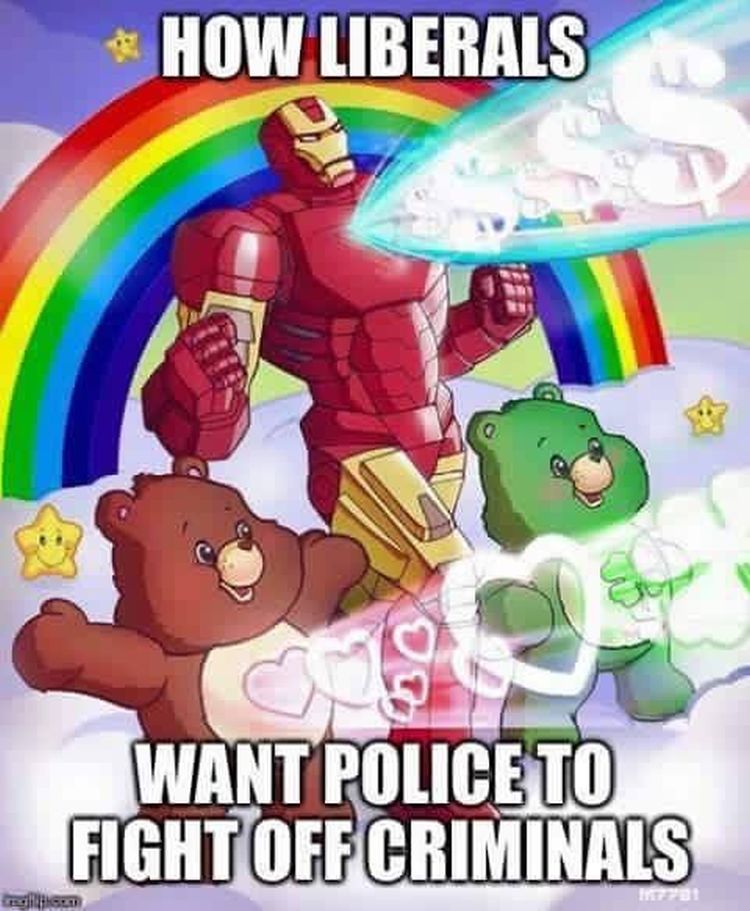 Black Lives Matter activists continue to prove that they’re completely hate-filled and intolerant. When a display honoring fallen police officers was erected at Dartmouth College, they tore it down. 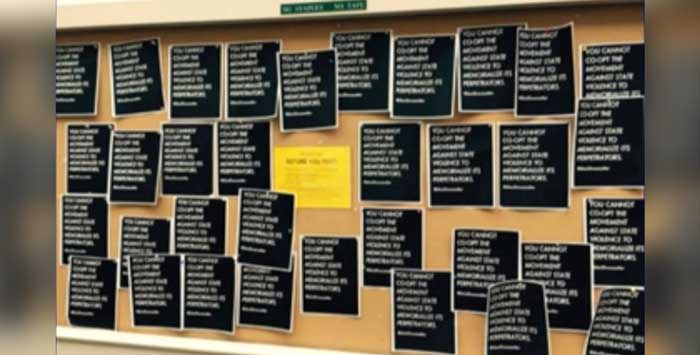 Since being signed into law by President Kennedy in 1962, the week of May 15 has been recognized as National Police Week.

As a time to honor “those law enforcement officers who have lost their lives in the line of duty for the safety and protection of others,” the Dartmouth College Republicans set up an on-campus display to commemorate such sacrifice.

As Fox News reports, however, that display would last barely a day before being “torn apart” by protestors.

this is the wildest shit. white folks here know they bold as hell. gtfoh pic.twitter.com/s56cVZ0pEV[4]

In addition to posting signs recognizing police officers as “heroes,” the student group’s display also included statistics — like how often violence is used against police in the U.S. and how many officers and firefighters lost their lives during 9/11 — as well as the phrase “Blue Lives Matter.”

Michelle Knesbach, the president of the conservative student group, explained what happened next:

Not only did they replace our billboard with their display, they also replaced all of the other billboards in the student center with Black Lives Matter posters and posted pictures of our club members’ faces with ‘Sons of Old Dartmouth’ written over it.”

About 25 of the protesters also reportedly “stood guard” over the new displays on Friday.

These new posters made it clear that the phrase “Blue Lives Matter” was of particular issue:

“You cannot co-opt the movement against state violence to memorialize its perpetrators. #blacklivesmatter.”

Mikala Williams, one of the students who replaced the police display, told campus paper The Dartmouth exactly why they thought action was necessary:

“It was taken down by students and replaced because it actively co-opted a movement that is supposed to comment on police brutality against black individuals in this country.

It took that and by framing that as ‘Blue Lives Matter,’ it normalizes and naturalizes violence against people of color in this country. And that is not okay. That is in no way okay.”

The Dartmouth College Republicans, having previously been given permission from their school for their displays, immediately took the issue to the administration, though the activists’ signs were reportedly not removed until Saturday morning.

The school released an official statement the following morning, on Sunday:

The email to campus sent out at 11:34 a.m. was signed by Hanlon, Provost Dever, Dean Biron and Vice Provost Ameer pic.twitter.com/F4OHdxXHDy[6]

At least the college is not condoning this and bending over backwards to appease the crybabies. For their part, the college Republicans put up a new display — only time will tell if it will last the week.

This is exactly why we can’t have nice things, folks. Liberals get to run amok and conservatives are expected to sweep up behind them.

Is it too late to stop this planet? I want off.