SHOCKER: Hillary’s Testimony With the FBI – and the ONE Detail They Forgot…[Meme] [VIDEO] 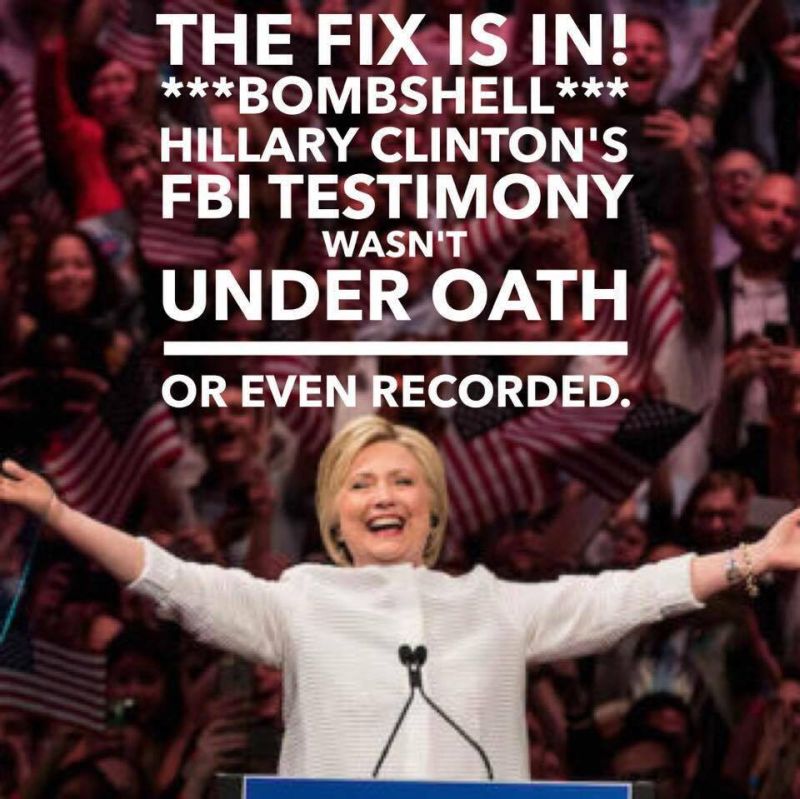 House Oversight Committee Chairman Jason Chaffetz[3] and Trey Gowdy both just laid into FBI Director James Comey and it was a wonder to watch. Chaffetz specifically asked Comey if Clinton lied under oath. He said not to the FBI and Chaffetz reminded him of the exchange where Clinton claimed that none of her emails were ever marked classified. It’s even being put out there now that she didn’t know what the ‘C’ stood for. Come on! Chaffetz told Comey that he will soon receive a referral from Congress asking for an investigation into whether Hillary Clinton lied under oath about her private email scandal. Yes! 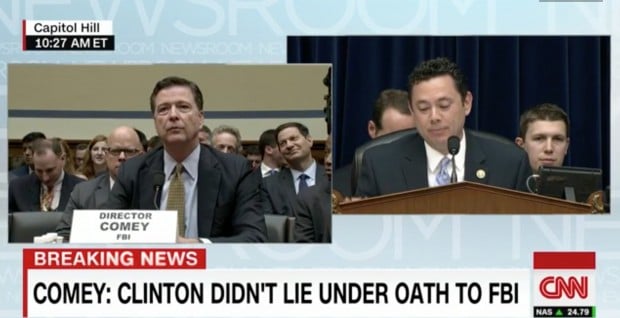 Chaffetz made the disclosure during an exchange over false statements made by Clinton on her private email server.

“Not to the FBI,” Comey responded. “Not in a case we were working.”

Chaffetz then reminded the FBI director that Clinton claimed under oath that “there was nothing marked classified” in her emails, either “sent or received.”

Comey said was “aware” of the comments but the FBI has not investigated the testimony because there has not been a referral from Congress.

“Do you need a referral from Congress to investigate her statements under oath?” Chaffetz pressed.

“Sure do,” Comey replied.

Of course she lied under oath… repeatedly. All she’s done is lie. Comey knows it and just figures they can all get away with discarding the rule of law. It warms my heart and gives me a semblance of hope to watch Chaffetz and Gowdy go after this man who has betrayed Americans and his nation… he has betrayed the rule of law and what we stand for. I’m not getting my hopes up over this. In the end, I believe she will walk. But this isn’t the end of all this. In a way, it is only the beginning of Americans finally seeing what all this means and getting off their butts to do something about it. What that is yet, remains to be seen. But either we are a nation of laws, or we live under tyranny. Americans don’t cotton to tyranny… Clinton should take notes.