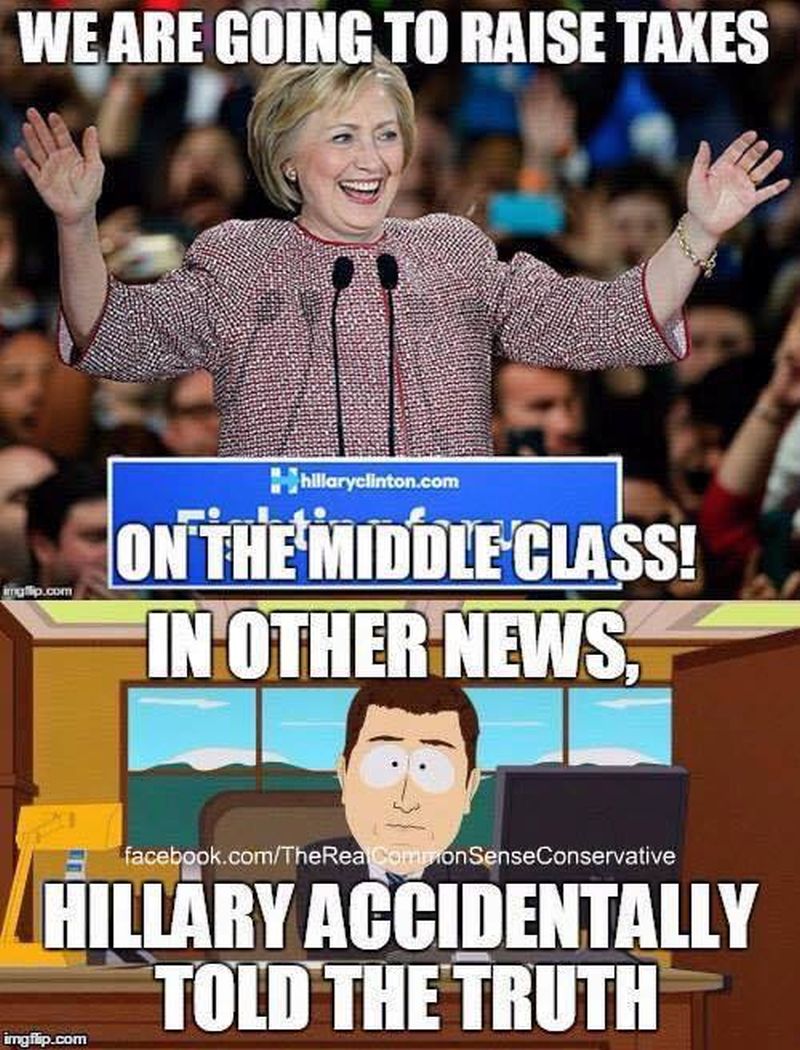 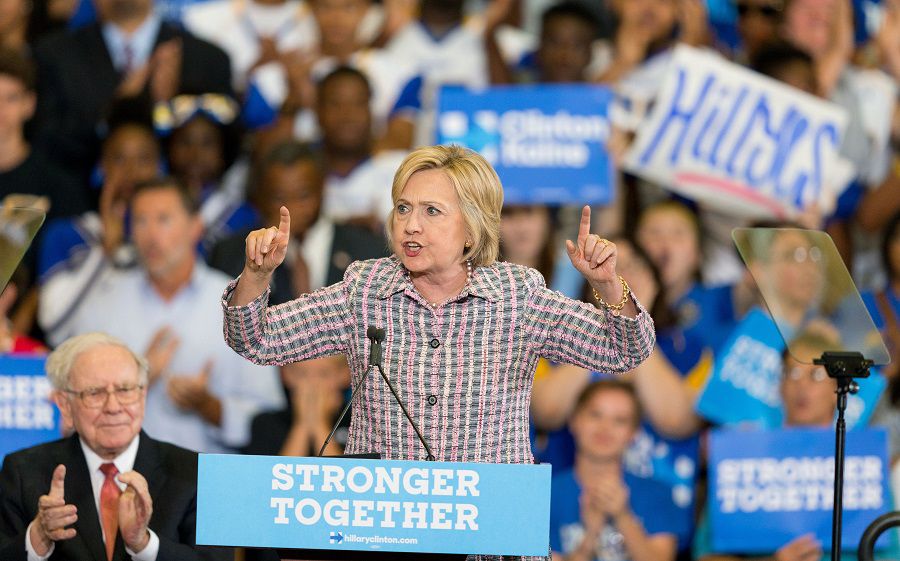 Did she really just say what I think she said? Yes…but it’s not as it appears.

Hillary Clinton was off campaingning this week in the great state of Nebraska. Omaha to be exact. While speaking to a crowd of cornhuskers, she went off on Trump and his supposed plan to cut taxes for the ‘super’ wealthy, whatever that denotes.

There’s just one problem with what she said…

“Because while Warren is standing up for a fairer tax code, Trump wants to cut taxes for the super-rich,” said Clinton. “Well, we’re not going there, my friends. I’m telling you, right now – we’re going to write fairer rules for the middle class and we are going to raise taxes on the middle class!”

Okay, there’s a lot of problems there. The word ‘fair’ as used by the Marxists, is NOT fair. Though in this case it’s applied to the Fair Tax, let’s talk about the word screeching out of a Progressive’s mouth like Hillary.

You DO NOT play Emperor or God and take from here to give over there. Why give strangers the decision to decide what a fair tax is? Do they have better insight than you?

Fair means you leave folks unto their own devices. That’s an ‘even playing field’. That’s fair. People don’t need a government to wipe their asses and tears, they need government to get the hell out of the way.

The top 1% of wealthy Americans pay nearly half of the federal income tax. Half. I’m sick of the bullcrap being spread that the rich are ‘taking more than their fair share of the pie’…

How the hell does that work? There is no magical set number of dollars and once it’s taken, it’s gone. That is insane! Just like those scummy, lazy, rapist Occupy Wall Street types. The top wealthy pay the most taxes, while the bottom pay very, very little.

Now onto the main point. Not sure if it was a slip (Freudian…I wouldn’t doubt it), but what she said is exactly true. She will raise the taxes on the wealthy AND the middle class. That’s what Marxists do. They tear, burn and break everything until there is nothing left.

…but what really irks me, what really grinds my gears are the stupid, degenerate, subhuman class called Hillary’s audience. She may have misspoke, but WHY THE HELL are you dumb sheep cheering and clapping for higher taxes? Do you even listen, or are your heads so far up your asses, all sound is cut?

We are screwed as a Nation…