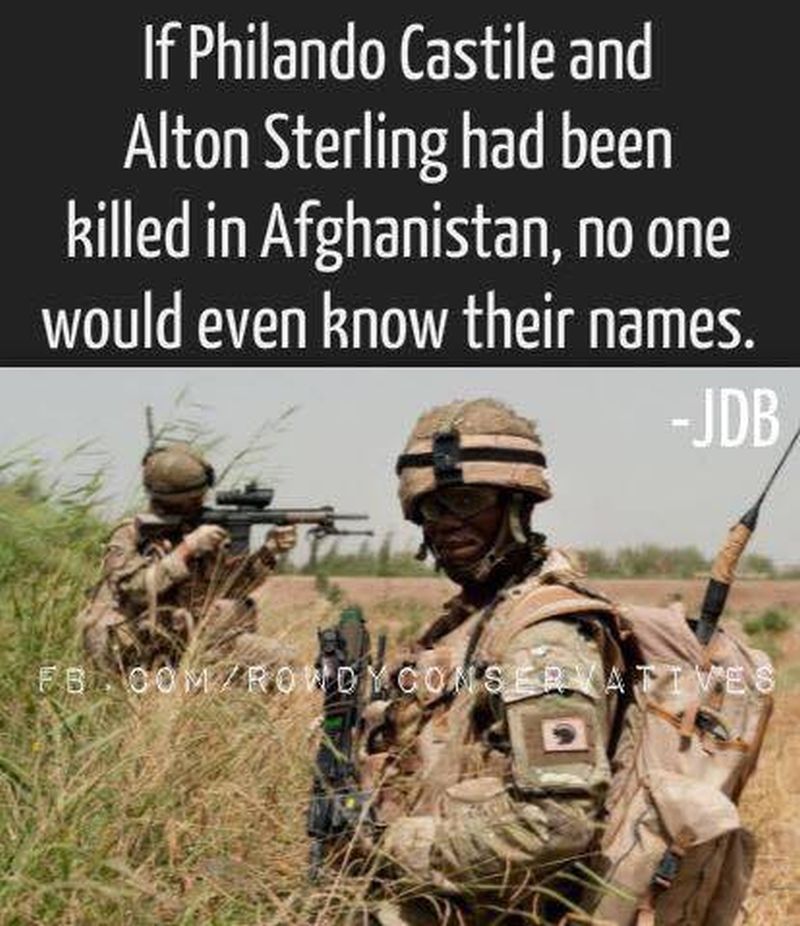 It happens time and time again. A black man gets shot by police and without knowing any of the facts, the narrative takes shape: this was a peaceful man who never did anything wrong and then he was viciously attacked by racist police for no reason. It’s sickening to witness this propaganda develop time and time again. One man, the son of a black man killed by police, has some sobering words of wisdom in the wake of his father’s death: he has called for peace[3]– a call that has been largely ignored by the Black Lives Matter thugs. 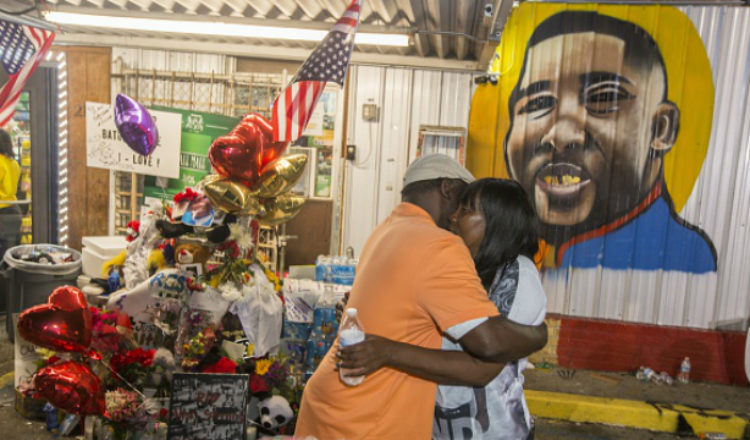 Five Dallas police officers were gunned down by a racist shooter after videos came out showing two black men being killed by police in separate incidents.

We don’t know all the facts yet surrounding those cases, but that’s not what matters to the left.

One of the men, Alton Sterling, wrestled with officers and had a gun in his pocket.

Here’s what his son has to say to protesters…

First [Cameron Sterling] told CBS News[6] that not all police officers are “bad,” adding that while “there are some that are bad, but all aren’t bad.” He also said that “all police shouldn’t be punished for other police’s crimes.”

And the five Dallas officers who lost their lives didn’t deserve to be gunned down “because nobody knew if they had kids to go home to,” Cameron Sterling added to the network. “Those kids need their parents.”

“What I want, what I ask if you truly love my father, I truly just want everyone to protest the right way — protesting in peace. Not in violence,” the teenager added. “Not beating the police. Not police beating the people. That makes no sense. That make things worse. You have to make things better by making peace.”

“When I put my arm around her, it’s like somebody else’s hand touched me, like I had another hand laying on top of my hand,” he told CBS News of that moment. “And when I looked over … nobody else was touching me. And it was like at that moment I knew. My daddy here, he right on the side of her.”

Cameron wants people to know that his father was a good man.

Most children would say that about their father.

However, Alton had a lengthy criminal history[7] and was also a pedophile.

It sucks that a person had to die and some use it as an excuse to beat up on police officers, but that’s the way things are in Obama’s America.

It’s nice to see that Cameron has more of a decent head on his shoulders than today’s adult progressives.

We don’t know all the facts. In the early moments after a serious situation such as a lethal shooting, it would be wrong to assert a narrative without knowing the details.

However, the left cannot rely upon facts because facts so often debunk their narratives. They need to get out in front of facts and craft hysteria.

So, when a black man is killed, they distract from questions like, “Did he physically confront police?” and instead push assertions like “He was a gentle giant!”

Can America exist united? Or are we being torn apart?