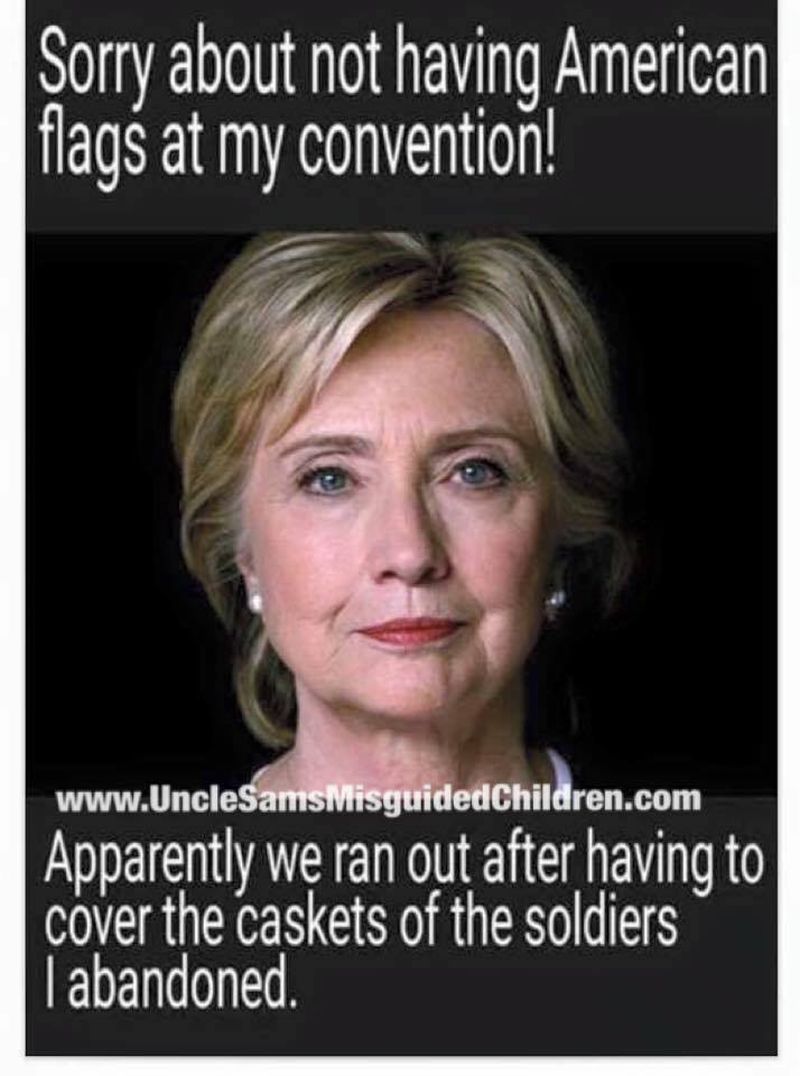 Our flag is more than fabric; it is a symbol of our country. It is a symbol of our revolutionary ideals and it is the embodiment of virtues for which countless men and women have given their lives. So, when we offer respect to the flag, we do not offer our respect to fabric, but to what that fabric represents. How Hillary Clinton reacted to the American flag falling to the ground[3] is quite telling of her reverence for this nation that she has so brazenly abused. 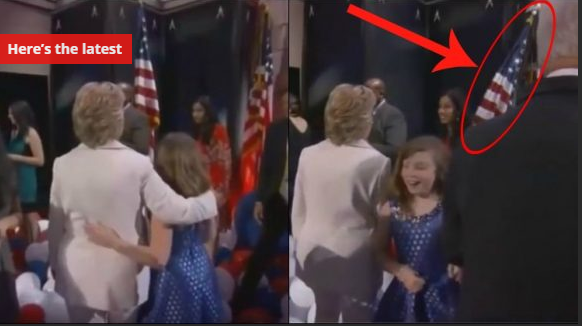 Hillary Clinton did what any Democrat would do if they saw Old Glory was about to hit the floor.

She let it happen.

The difference between Clinton and the average baby killing-supporter is that she’s running for president and should know to take more pride in all things America.

Something she never learned during her decades in politics, I guess.

If an American flag falls in a room full of liberals, does it make a sound?

Does anyone even notice.

This is a fantastic example of what will happen if Clinton wins in November.

Should Grandma Hillary have made a dive to protect the flag from across the room? Of course not. However, it is simply shocking that neither she nor any other Democrat in the room seemed to notice or care that the symbol of our nation had fallen to the ground.