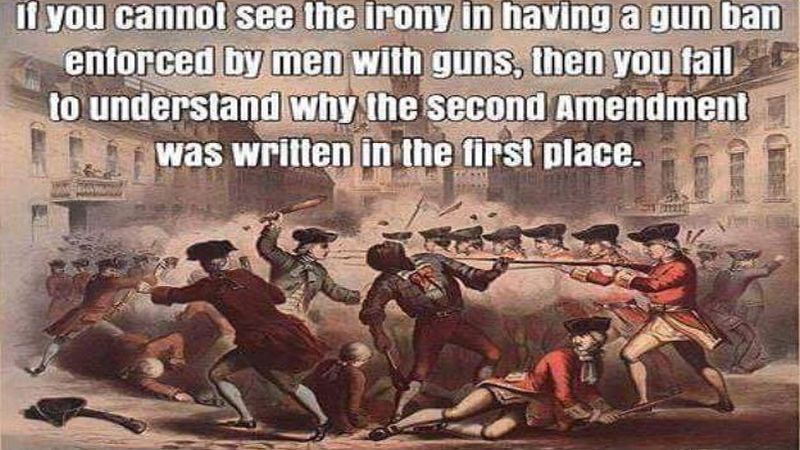 Most high end Democrats surely recognize that using the no fly list will do virtually nothing to stop anything, but the idea here is really to claim they are Doing Something and to satisfy their rabid anti-gun base

(Washington Post[3]) Senate Democrats are prepping a host of gun control proposals in response to the mass shooting that killed 49 in an Orlando nightclub on Sunday, beginning with a measure to prevent suspected terrorists from buying a gun.

Democrats argue that the legislation drafted by Sen. Dianne Feinstein (D-Calif.), which they plan to offer as an amendment to an appropriations bill this week, is the “most relevant” gun control measure they could offer in response to the Orlando incident and a “painfully obvious” opening step.

Feinstein’s legislation would prevent anyone whose name appears on a list of known or suspected terrorists – such as the “no-fly” list – from purchasing a firearm or explosives. Presently, there is no legal barrier to such individuals buying a firearm, and individuals on terror watch lists who try to buy firearms are successful in over 90 percent of cases, according to the Government Accountability Office. The proposal also would give the attorney general the power to block firearms transfers to anyone with known or suspected links to terrorism or anyone who might use a firearm to engage in terrorism, even if that person is not already on a list.

One of the big problems here is that US Citizens often have no idea that they are on any sort of list, are often on the list by mistake (remember, Senator Ted Kennedy was on the no fly list and had a tough time getting off it), and there are no mechanisms for getting off it, much less finding out why one is on it. It is the Big Government solution, which blows off all 4th and 5th Amendment protections. And 9th. Due process has gone out the window, as has petition for redress of grievance.

Funny thing is, Republicans had a viable, Constitutional alterative, as the Weekly Standard noted yesterday[4]

As THE WEEKLY STANDARD reported[5] back in December, Senate Republicans proposed alternative legislation that required the government to establish “probable cause”—the same standard used to obtain a search warrant—to deny the sale of a gun:

The Democratic proposal relies on a secret list and mere suspicion[6] to strip some Americans of their constitutional rights. It provides no process for Americans wrongly placed on the list to get their names removed. The FBI is already alerted[7] during the criminal background check process anytime someone on the watch list tries to purchase a gun, and it is already illegal for almost all of the people on the list to buy a gun. According to the National Counterterrorism Center, only 25,000[8] of the 1.1 million people on the watch list are U.S. citizens and legal permanent residents, and the Gun Control Act[9]generally prohibits both illegal aliens and legal aliens who have “been admitted to the United States under a nonimmigrant visa” from buying guns. There have nevertheless been some high profile cases of innocent U.S. citizens—including former senator Ted Kennedy and The Weekly Standard‘s Stephen F. Hayes[10]—being erroneously placed on the terror watch list.

Remember, that is what Democrats are pushing again

What’s been lost in the debate is the fact that Republicans have an alternative[11]to the Democratic proposal. Under Republican legislation sponsored by Senator John Cornyn, the federal government may delay the sale of a firearm to someone on the watch list for up to 72 hours. During that time, if the government can show a judge there’s “probable cause”—the same legal standard used to obtain a search warrant—that the individual is plotting terrorism, then the gun sale is denied outright. The measure received 55 votes[12]in the Senate. It secured the backing of staunch conservatives like Ted Cruz, Mike Lee, and Marco Rubio as well as moderate Republicans Susan Collins and Lisa Murkowski and moderate Democrats Joe Manchin and Joe Donnelly. The only Republican to oppose it was Mark Kirk.

The Democratic bill[13] sponsored by Senator Diane Feinstein, by contrast, simply allows the federal government to ban anyone on the watch list from buying a gun. The government’s decision may be challenged in court by the prospective gun buyer, but the government’s decision will be sustained if a “preponderance of evidence” indicates that the attorney general has a “reasonable belief” that the prospective gun buyer may be engaged in terrorism.

In other words, the GOP bill puts the burden on the government to get judicial clearance, while the Democratic bill puts the burden on the individual to prove his innocence. The GOP bill requires the government to show “probable cause” to a judge, while the Democratic bill relies on a lower legal standard that a “preponderance of evidence” shows the attorney general has a “reasonable belief” that the prospective gun buyer may be a terrorist.

The Democratic push is for ultimate government control, where bureaucrats can simply block people for nebulous reasons, making it virtually impossible to remove the restriction. Democrats do not care. They idea here is not to stop Islamic terrorism, it’s to restrict the 2nd Amendment Right of as many citizens as possible. We can tell because they will offer more gun control laws, without a wit of radical Islamist control, as we switch back to the Washington Post article

Democrats on Monday said they will also be looking to impose a ban on assault weapons as part of their Orlando response. They expect to present that proposal after addressing Feinstein’s measure.

They also are planning legislation to stiffen background checks, deal with mental instability and address spousal abuse. On Monday, Sen. Bob Casey (D-Pa.) released a bill that would prevent people who have committed a hate crime from purchasing a firearm.

So, just a catchall of gun control

What about the radical Muslim control? Where’s that?