Somehow, I just KNEW that the anti-Trump protesters were living in their mom’s basement playing Halo 2 and eating chips off of their chests all day. 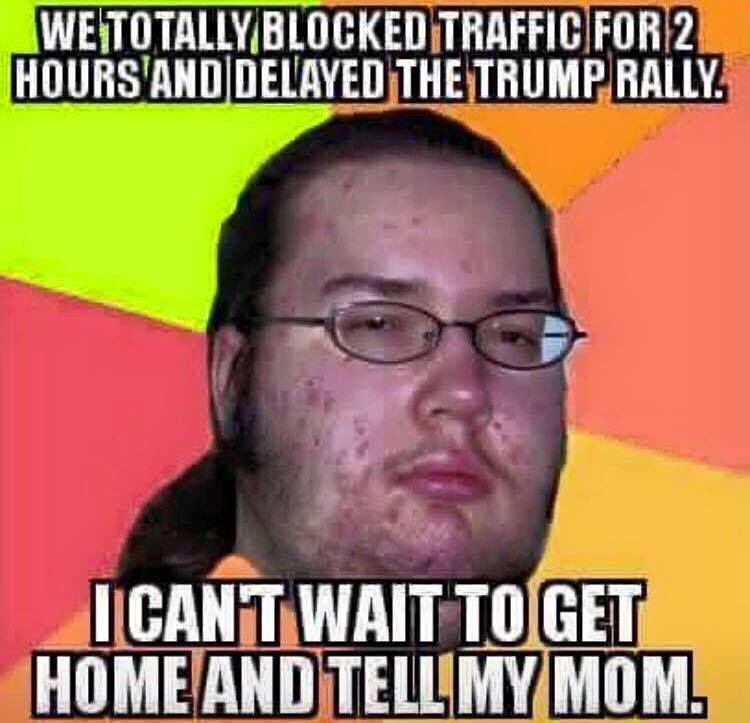 Just as I predicted[3], the radicals are following Trump from venue to venue, getting ever more violent. They were brutal in Anaheim and far worse in Albuquerque, but San Diego is giving those a run for their money. The police and the communists, liberals, radicals and racists faced off in San Diego. The cops delivered numerous beatdowns and sprayed protesters with what looked like some form of pepper spray. The mob mentality on both sides is terrifying. Both the radicals and the Trumpsters are itching for a fight. Can you imagine the conventions this summer? How about the election? The chaos the left has been brewing is about to erupt. 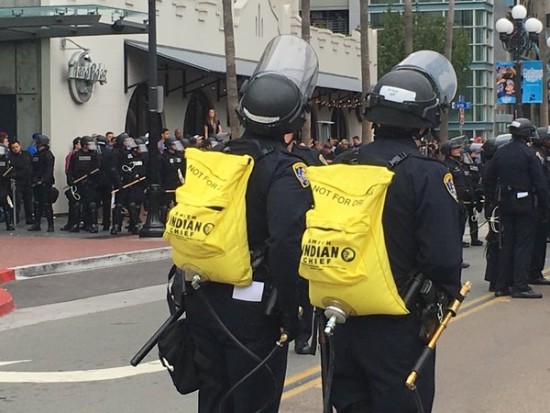 Gotta love a beat down on hippie leftists.

I literally died laughing at this one…

Appears the leftist in the bottom video is reaching for the cop’s gun. Watch her again. She reaches to his left hip holster and comes up empty with just his radio.

I’m furious over the violence from the left, but I’m terrified by the mob mentality of the right during all this. They applaud the left getting beat up. They find humor in it and egg it on. It won’t end well. When was the last time you can remember seeing such a mixture of populism and nationalism? The radicals want race wars and to tear everything down. The San Diego Police Department said that 35 arrests had been made and there was no damage to property and no injuries reported. After seeing these videos, I find that laughable. There were over a thousand protesters. In a message to the San Diego Police Department, Trump applauded the officers’ response to the protesters. “Fantastic job on handling the thugs who tried to disrupt our very peaceful and well attended rally,” Trump tweeted. “Greatly appreciated.” One of the protesters can be seen going for an officer’s gun. They didn’t get it – they got his radio instead, but that could have ended very badly for all involved. Both sides are a ticking time bomb. It should be an explosive election. 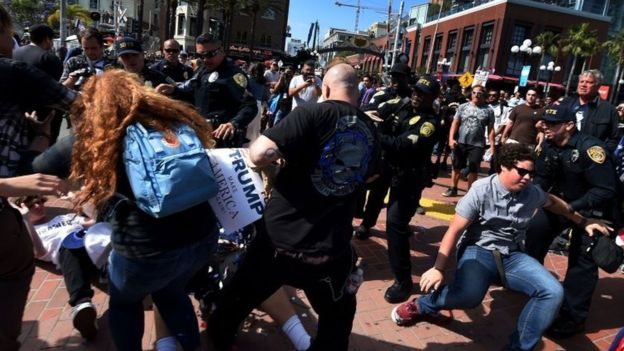